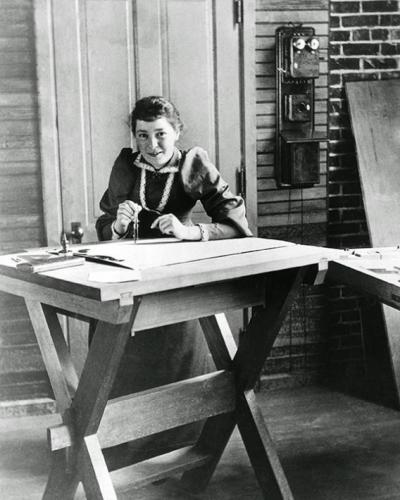 When Bertha Lamme became the first female engineering graduate from The Ohio State University in 1893, The Lantern student newspaper reported “spontaneous applause broke over the crowd.”

Lamme was among the first waves of Ohio State EE graduates who began earning their degrees by 1891. EE became an official department on its own in 1893 and by 1911 became its own degree, separate from ME.

According to an article by the Society of Women Engineers (SWE), the engineering field was considered an industry reserved for men at the time. Lamme's path to graduation was inspired by her older brother Benjamin, who earned an engineering degree and went on to join Westinghouse. She saw his efforts and felt she could go the same path. Lamme went on to become a popular and notable student.

Lamme’s achievements went on to inspire many other women to consider the STEM field.

“[They said women’s] reproductive and mental health would be irreparably harmed,” English said. “And their maternal instincts.”

Ultimately, some traditions still took precedent at the time. Women were expected to leave the workforce after marriage. After the wedding to Russel Feicht, another Buckeye engineer at Westinghouse, Lamme retired.

Her only daughter, Florence, became a physicist for the U.S. Bureau of Mines Health Division and was published in several professional publications.

Bertha Lamme Feicht died in November 1943 in Pittsburgh. She was 74.