Are computers a reflection of the special human mind, or just a reminder of our limitations?

Monroe “Monty” Newborn, an alumnus of The Ohio State University’s electrical engineering (ECE) department, knows this story of human skepticism all too well. He earned his MS in 1962 and Ph.D. in 1967 and went on to make history in the realms of computer chess, automata theory, and automated reasoning.

For over 40 years Newborn played a key role in the great automated chess race renaissance, which helped usher in advancements of Artificial Intelligence (AI) known today. He was recently included among the Ohio State ECE Alumni Hall of Fame members.

“Looking back now, those of us involved felt we were conducting the most significant experiment in the field of computer science, one that lasted a quarter of a century,” he said. “When we began there were many skeptics.” 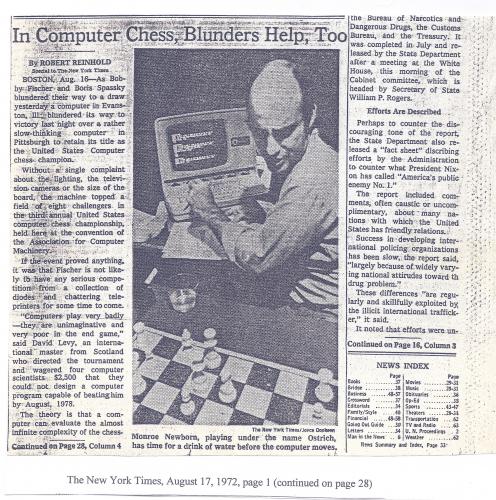 Human intuition was always seen as a factor technology must address, Newborn said. Should scientists study how humans play and replicate that strategy, or is the point to look beyond human understanding?

"I feel human intelligence has been vastly overrated," he said. "Some contended that good chess players used intuition, and intuition could not be programmed. It turns out that the top chess programs of today use strategies very different than those used by humans."

Once upon a time, he said, people came to laugh at the computers’ chess skill.

"Now the level of the top programs far exceeds the level of the top human players, and there probably is not a grandmaster-level player these days who does not train on a computer," Newborn said. "Perhaps most exciting over the years was observing and participating in the gradual progress of the capability of the programs.”

During the 1940s, he explained, researchers decided the game of chess could play a big role in defining human intelligence. Could those who had higher ratings be considered more intelligent than lower-rated players? 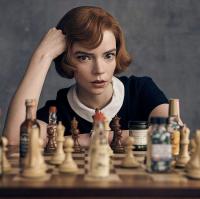 The topic of intuition as a source of human strength pops up as a plot focus of the Netflix series, Queen's Gambit, based in the 1950s and 1960s. Then, computers got involved. Newborn said AlphaGo is a film that relates more to what engineers have accomplished ever since.

The goal over the past 50 years, he said, was designing a program to defeat the world human chess champion. It became a major focus of AI research throughout the second half of the 20th century.

"For those involved, it was a great adventure," he said. "The tournaments were terrific catalysts for progress in the field." 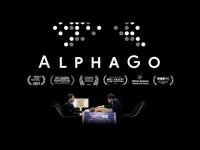 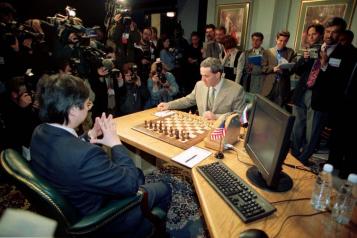 Newborn also played a major role in organizing the two historic matches between IBM’s Deep Blue and Garry Kasparov, the world chess champion at that time. As chairman of the ACM Computer Chess Committee, he led the organizing committee for the first match. The second match a year later, the Rematch, was organized by IBM, and Newborn served as head of the officials.

With the strength of history and experience on his side, Newborn witnessed a combination of amazing leaps in technology ever since. With deep learning technology, computers are left alone to figure out and master games without human assistance. This has led him to seriously ponder the future of AI. Will it remain based upon human intelligence or will scientists look to computers, animals - or even alien life for new ideas? The topic resonates, even more, today with military reports of highly advanced unknown aircraft and advancements in understanding the intelligence of animals in nature.

Following the science over the years, Newborn has noticed how new technology is often first met with skepticism, but ultimately has a way of beating the odds. People have accepted wearing seat belts, or that smoking cigarettes is unhealthy. IBM Watson won Jeopardy with a computer the size of a room. AI is even giving songwriters a run for their money.

Ohio State Electrical and Computer Engineering Professor Aylin Yener holds the Roy and Lois Chope Chair in Engineering and is world-renown for her research in cybersecurity, communications, as well as networked and integrated systems.

"The role of AI is continuing to grow in impacting our lives, and a lot of (big and small) decisions are being rendered by algorithms," Yener said. "Early pioneers of AI deserve a lot of the credit in demonstrating the power of AI, including in strategy games like chess. It is inspiring to see these early efforts from Ohio State ECE alumni." 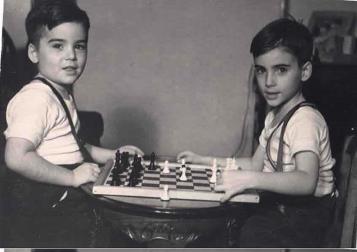 Newborn's unique story also reflects the special pathways ECE graduates find when they combine their passions with a lifelong drive for knowledge. His interest in AI through computer chess came about because of a childhood love of athletics and games. His father was a sportswriter for the former Cleveland Press, and the boy spent his youth playing chess and tennis against his brother – a formidable opponent.

That interest in chess continued during his days at Ohio State, including playing in the Bay City Open, a tournament in which the eventual world champion Bobby Fischer was a participant. In the final round, Newborn said, Fischer was paired with grandmaster Arthur Bisguier. The title was at stake.

"However, Fischer had been playing Norbert Leopoldi, a well-known chess player in the Chicago area, speed chess games for money all night long (and cleaning up)," he said. "When the game with Bisguier began, Fischer fell asleep in his seat at the board. The audience kept quiet as he slept on. Eventually, he woke and dusted off his opponent in short order."

Newborn said his passion for chess, and playing weekend tournaments in particular, eventually interfered with his strong interest in tennis, and tennis won out.

Newborn began his academic career teaching calculus in the Math Department and then electronics in the Electrical Engineering Department at Ohio State. Upon obtaining his Ph.D., he became an Assistant and later an Associate Professor at Columbia University. He moved to McGill University in 1975 as an Associate Professor in the School of Computer Science. He served as Director between 1976 and 1984, then Full Professor from 1981 to 2008. He has remained Professor Emeritus ever since.

“I enjoyed teaching, as it seemed a nice way to advance my knowledge on the subjects I taught. You always have to be one step ahead of the students,” he said. “A teaching career was the only one I considered. Perhaps one of the nicest aspects of being in the academic world is the ability, to a great extent, to choose, maybe better to say, evolve from one area of research to another.”

Newborn’s doctoral dissertation at Ohio State was in the area of automata theory under Professor Bob Cosgriff. He fondly recalls many years of hitting the books with fellow ECE doctoral students David Voltmer and Vijay Arya.

"We are still in touch after all these years,” Newborn said.

He also maintained a friendship with Ohio State ECE Professor Stephen Sebo, dating back to the late 1960s when they were both on the faculty at Columbia University.

Newborn published a number of papers along with one book on automated theorem proving, and seven books on computer chess. His computer chess books document the great progress made in this field. In addition, working with McGill undergraduate Paul Labute, Newborn developed Theo and a multiprocessor version named Octopus. These two theorem-proving programs ranked among the best of their kind for several years. His book, Automated Theorem Proving, was based on this software.

For new students looking to explore AI at Ohio State ECE, the alumnus has advice.

“Take as much mathematics as you can, some physics, and possibly even bio-related courses,” he said. “Keep in mind that the brain is a large electrical system. AI is certainly an area where there will be many job opportunities and many exciting new things to discover in the coming years.”

During his career, Newborn received numerous awards from Canadian and international associations of Computer Science, Computing Machinery, and Computer Chess. He is a Distinguished Alumnus of Ohio State, College of Engineering, 1996. He was elected to be in the Canadian Chess Hall of Fame in 2001. He is also a Fellow of the Association for Computing Machinery (ACM). He remains active today, publishing research papers, and a blog titled "The Laughing is Over," for Communications online in 2020.

Newborn, currently living in California, continues his involvement in tennis with the Woodland Tennis Club, chess with the Woodland Chess Club, and his hobby designing stained glass lamps.  His favorite lamp features a "Martian and his son." He is very proud of his two daughters, Amy and Molly, with the former an architect and the latter a financial advisor.