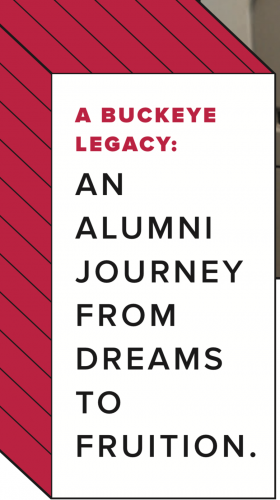 In 1988, the author David Macaulay released the book, “The Way Things Work,” offering children and young adults a playful explanation of how complex machines work – as operated by wooly mammoths.

To this day, the book sits on the shelf of The Ohio State University Electrical Engineering alumna Kathryn Jablokow as a reminder of an early fascination with technology that led to her lifelong pursuit of knowledge and mentorship.

“The book fascinated me. It included a wide variety of examples, from computers to gear systems to musical instruments to nuclear power,” Jablokow said. “I've always been intrigued by how things work. Even as a child, I loved to solve math problems and learn about scientific discoveries.”

A professor of engineering design and mechanical engineering at Penn State University for many years, Jablokow just began another chapter in her life – a two-year term as director for the National Science Foundation's Engineering Design and Systems Engineering program in the Division of Civil, Mechanical, and Manufacturing Innovation.

At NSF, Jablokow now finds herself at the center of engineering innovation in the United States. She is making recommendations about which proposals to fund; influencing new directions in the fields of science, engineering, and education; supporting cutting-edge interdisciplinary research, and mentoring junior researchers.

In many ways, her story begins at Ohio State.

Not only did she and her two older brothers graduate from Ohio State, but her parents were also Buckeyes. 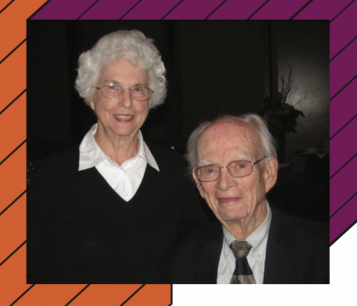 “As a family, we talked about new ideas all the time, and that just continued to feed my curiosity as a problem solver,” Jablokow said. “From the time I was two years old, my parents took me on many international trips. We lived in India, Egypt, and Germany for months at a time, and we visited more countries than I can count. Those experiences influenced my views of the world and opened my eyes to the wonderful diversity of humanity and culture.”

Professor Weed not only pioneered the biomedical engineering program at Ohio State, but he also traveled the world setting up similar programs through Project Hope.

“He was the Johnny Appleseed of biomedical engineering, and he passed it around the world,” said Cynthia Roberts, Ohio State Professor of BME.

Jablokow said she couldn’t imagine a better job than teaching.

Jablokow ultimately earned her bachelor's, master's, and doctoral degrees in electrical engineering in 1983, 1985, and 1989, respectively.

“Earning my degrees at Ohio State gave me confidence that I had a strong engineering foundation and top-notch research skills,” she said.

Looking back, two professors also helped pave the way toward her future: David Orin and Robert Fenton. Orin was her M.S. and Ph.D. advisor.

Jablokow told IEEE Spectrum how her time at Ohio State actually influenced her later shift more toward the cognitive side of engineering.

“I was helping design walking machines at Ohio State that were big enough to carry humans as well as cargo,” she said. “Along the way, I realized I had an even greater interest in the cognitive side of engineering design, from the perspective of both machines and engineering systems.”

She went on to complete her Postdoctoral studies at RWTH Aachen University in West Germany, with the fall of the Berlin Wall as the cultural backdrop.

In 1990, Jablokow then joined the faculty of Pennsylvania State University and began collaborating with researchers investigating design cognition, which includes the application of cognitive psychology to help understand how engineers think and behave while they design and develop products and systems. She has worked in that area ever since.

Now as an NSF Program Director, Jablokow is helping to determine where the fields of engineering design and systems engineering go next in terms of research.

“I want to encourage bold ideas that will transform engineering, whether it's through digging deeper or breaking boundaries - or both,” she said. “I'm very excited about the opportunity to have that kind of national impact and to mentor young investigators toward success, just as others did for me.”

Her advice to new engineering students at Ohio State ECE? Be strategically reflective.

“Think about your own thinking; figure out where you excel and what challenges you face,” she said.

Jablokow encourages students to ask for help if they need it, to stay focused on their goals, and take time for themselves so their health remains at the forefront.

"Dr. Jablokow brings a wealth of research expertise and credibility in engineering design and complex systems to this position," said Robert B. Stone, division director, NSF Division of Civil, Mechanical, and Manufacturing Innovation. "NSF thrives on the ability to tap top researchers from our nation's universities to come in and guide our research programs, keep them current and creatively shake them up a bit every now and then for the better. I know Dr. Jablokow can do all three of those things."

Jablokow is currently a professor of engineering design and mechanical engineering.  She served as an associate chief academic officer of Penn State Great Valley from 2017-2020.

Her research includes cognition-based design, ideation flexibility, engineering innovation, and high-performance design teams. Her teaching focuses on problem-solving, creativity, and invention, and she is a co-creator of a massive open online course (through Coursera) on creativity, innovation, and change that has served 300,000 students since 2013.