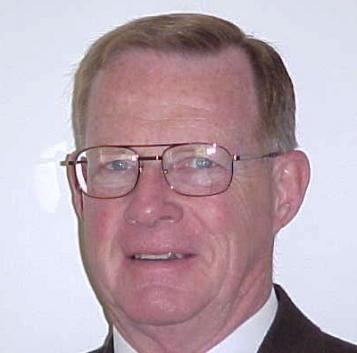 Distinguished alumnus Thomas R. Brinner first earned his BS in 1963 from Washington University (St. Louis), his MS from Syracuse University in 1969, and then his Ph.D. from The Ohio State University in 1973, all in electrical engineering.  "

Upon graduation in 1963 he went on to begin his career at IBM (Endicott, NY) as one of the thousands of engineers engaged in the transition from transistors to integrated circuits.

"Today, 50 years later, we finally have cruise controls to maintain the distance to the car just ahead of us," Brinner said.

Brinner said the concept of all vehicles traveling at the same speed was technologically impractical, if not designed correctly.

"We knew this was dangerous because in a line of cars passing a truck, should the lead car suddenly go slower, the second will not sense this immediately, the third will sense it even later and the fourth might crash into the third," he said, explaining the engineering issues.

In 1973, Brinner worked for General Electric in Erie, PA designing SCR power electronics to control Chicago Transit Authority trains. By 1976 he accepted a limited assistant professorship at the University of Arkansas teaching electric machinery, circuits and electromagnetics while developing a course in power electronics.

By 1981, TRW Reda Pump Division in Bartlesville, OK. was looking for a senior electrical engineer, and Brinner accepted this position.

The engineering issue Brinner faced was Reda Pumps produced thousands of barrels of well fluid a day from extreme depths, 10,000 feet or more. However, it all had to fit inside an oil well. The pump had multiple stages and the induction motor had multiple rotors. Because of the small diameter, rotary inertia was very low, and a direct-on-line start could bring the pump to 3500 rpm in less than 0.5 seconds.

Soft Starters (constant frequency variable voltage) were tried, he said, but ultimately an Adjustable Speed Drive decision changed the frequency and voltage proportionally. The idea solved the speed control problem with the significant advantage of producing an oil well at an optimum rate.

Brinner went on to write multiple published IEEE papers on this technology.

From 1990 to 1995 he was manager of Submersible Motor Design at
Franklin Electric in Bluffton, IN. After that, he consulted for several submersible
pump companies.

Brinner’s company was changed to a partnership in 2018, SubSaver®, Inc.

He is now a happily retired alumnus of Ohio State.