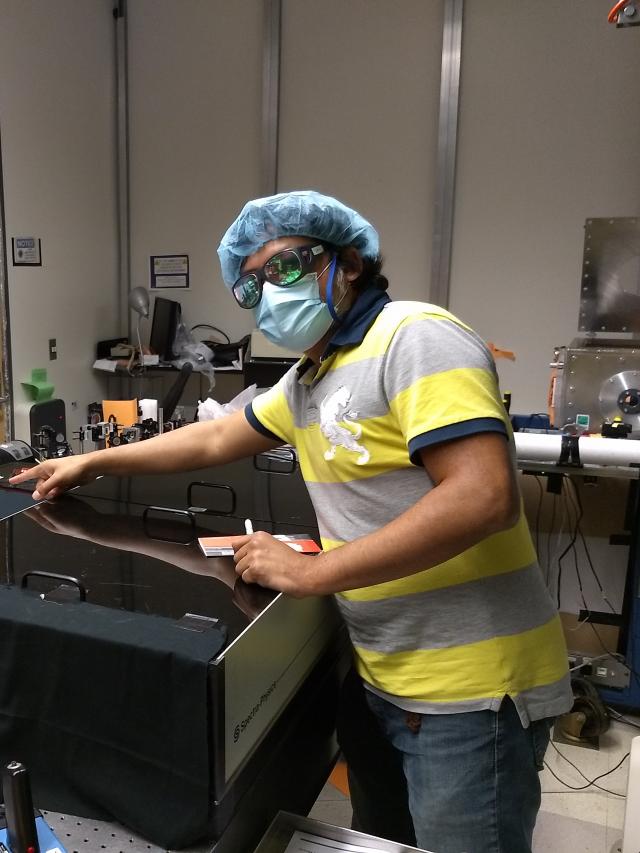 Dr. Enam Chowdhury is an Assistant Professor of Material Science and Engineering at the Ohio State University. He also holds joint appointments at the Ohio State University's Electrical and Computer Engineering and Physics departments. Prof. Chowdhury’s group studies materials in extreme conditions of interaction with high and ultra-high intensity lasers, by which materials may be exposed to light intensities more than 100 billion-billion times the intensity of sunlight on the earth. Under such extreme conditions, materials tend to go through rapid transformation, which has wide ranging fundamental science and future industrial applications, like development of next generation particle accelerators, cancer therapy, planetary science, astrophysics and laser micro-and nano-machining and photonic devices. He led the design and construction of the 400 TW SCARLET laser system at the OSU High Energy Density Physics (HEDP) Laboratory in conjunction with a team of scientists, engineers and graduate students. SCARLET was completed in 2012 and since then the team has moved into a very active phase of research using what is currently one of the most intense lasers in the world. It is part of seven founding facilities of the LaserNetUS (https://www.lasernetus.org/), a Department of Energy funded national high intensity laser user facility network.