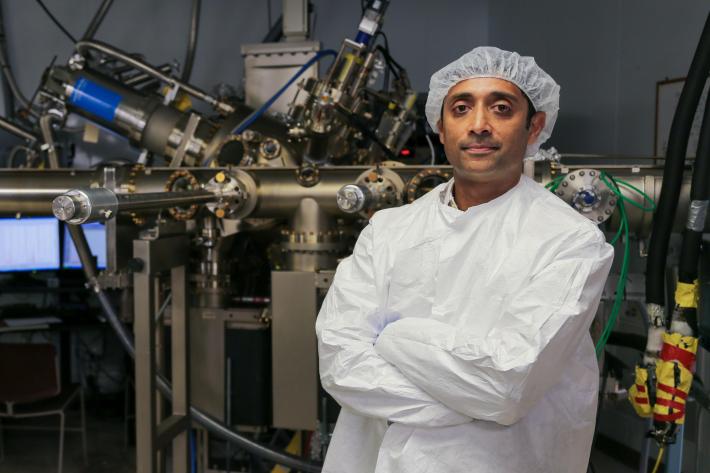 The team is planned to be awarded $7.5 million in funding over five years for its role in the newly established Department of Army Ultra-wide Bandgap RF Electronics Center. The Army Research Office (ARO), a directorate of the U.S. Army Combat Capabilities Development Command’s Army Research Laboratory (ARL) instituted the center with the goal of increasing the power density of current, state-of-the-art electronic devices that utilize wide bandgap semiconductors.

“The Ultra-wide Bandgap RF Electronics Center will facilitate collaboration between extramural academic researchers and the Army in pursuit of a mutual goal: generating the foundational knowledge needed to enable the next generation of RF electronics with unprecedented power, bandwidth, frequency agility, and size-weight-and-power (SWaP) requirements,” said Dr. Joe Qiu at DEVCOM ARL ARO, the lead program manager for this center.

However, in the pursuit of improved performance at the higher frequencies needed for next-generation communication and radar systems, researchers are now interested in materials called ultra-wide bandgap semiconductors with an even larger breakdown electric field than gallium nitride.

In the proposed work, the Ohio State-led team will investigate transistors built using aluminum gallium nitride and will perform interdisciplinary research that spans materials science, electrical engineering, semiconductor fabrication, and semiconductor physics. The center will provide the Army with a new ability to create advanced RF technologies across its modernization priorities for robust multi-domain operations in highly contested electromagnetic environments.

“We are so excited for this opportunity to work on next-generation high-frequency electronics based on ultra-wide bandgap semiconductors that have the potential to surpass the state-of-art,” Rajan said. “But as in any new technology, there are critical challenges that will need innovation, hard work, and skill across many disciplines. This center-level grant has enabled us to bring together a team of outstanding researchers with the experience and skills to address these challenges.”