An Ohio State University electrical and computer engineering team earned a unique recognition from the premier IEEE publication in the field of power electronics research. 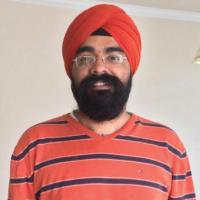 Fayed said the win feels special coming from TPEL. Traditionally, TPEL focuses on highlighting advancements in power electronics for high-voltage and high-power applications, such as electrical power grids and electric vehicles. The publication made a rare exception to recognize the low-power low-voltage integrated circuits research at Ohio State through this prize.

“We’ve always been viewed as more of a low power analog integrated circuits group,” Fayed said. “Our paper is probably the first within the past six or seven years, at least, that targets low-power applications like mobile devices that’s been selected for an award from TPEL, and I think that’s a very significant reflection on our efforts.”

“For our paper to even be noticed in the middle of such a large number of top-notch classic power electronics papers in the journal is something that is very humbling to us,” he said.

To explain, he said, a cell phone operates on a lithium-ion battery. You charge the battery and use the phone until the battery drops to a critical voltage (~2.7V). Below this voltage, the phone circuitry is unable to operate properly, and the phone must be shut off. That does not mean that the battery is fully depleted of energy though. It still has significant energy left, but its voltage is too low for the phone circuitry to be able to use that energy. 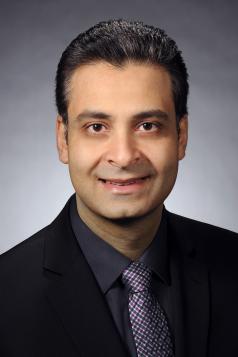 "Next generation cell phone designers are continually asking: is there a way to use that leftover energy, and thus extend the overall running time of the phone?" Fayed said.

“Although buck-boost topologies have been known for a long time, utilizing them in portable devices such as cell phones has been quite challenging," Fayed said.

Conventional buck-boost converters require bulky passive components, he said, which is often impractical for portable devices. They also produce large voltage spikes during mode transitions that settle too slowly, and under noisy conditions, they can be falsely triggered to switch modes leading to regulation failures. These are issues that can’t be tolerated in a cell phone.”

This is where the work of the Ohio State ECE team comes in, addressing many of these issues to enable utilizing buck-boost converters in cell phones.

“We combined high switching frequency with digitally-assisted control techniques to significantly reduce the size of the required off-chip inductors so that they can be co-packaged with the chip, while ensuring seamless, spike-free, and noise-immune mode transition with fast settling time,” Fayed said.

Whether in industry or academia, the professor's career was always about bridging the gap between classic power electronics and low-power low-voltage analog and mixed-signal integrated circuits.

“I always viewed myself as a person who can help bridge that gap because I was fortunate enough to work on both. Hopefully we get these two worlds talking with each other more effectively,” he said.

Just as important, Fayed said, is the educational aspect of their work. Research should not just show a desired outcome and explain how a given technology works. It must also educate future and current students on how to approach problems and build on past advancements. People reading their research will not only learn about their new design, but also how and why they arrived at that design.

All award winners will be announced at the TPEL Editorial Board Meeting during the upcoming IEEE ECCE conference in Detroit, Michigan held October 9 to 13.

Category: In the News
Tags: alumniAwards and activities