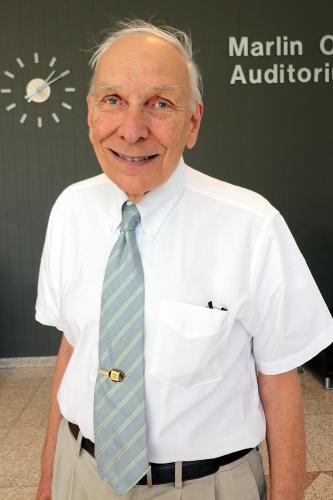 The National Academy of Television Arts and Sciences announced Professor Marvin White, of The Ohio State University, won an Emmy® for his work in Technology and Engineering.

According to the Engineering Achievement Committee, the award helps honor the “tool makers” of the industry who crafted the modern television viewing experience.

“The whole thing was quite a surprise,” he said.

White, a professor of Electrical and Computer Engineering(ECE) at Ohio State, and Northrop Grumman received the award for work on Correlated Double Sampling for Image Sensors, which showed excellence in engineering creativity.

White’s pioneering technological contributions and patents span decades in the field of engineering. Many are still found today in personal cameras, televisions, satellite imaging systems; even the Hubble Space Telescope.

“Screen actors are always cited for Oscars. Stage performers are similarly proud of their Tony Awards. Television journalists are quick to add an Emmy® Award to their resume – and with good reason,” the committee letter to White states. “Your work on Correlated Double Sampling (CDS) for Image Sensors showed excellence in engineering creativity and you join a distinguished group of honorees that are chosen each year by dozens of industry experts and peers.”

This year’s recipients will be honored at the 73rd Annual Technology & Engineering Emmy® Awards Ceremony tentatively scheduled for April 25 at the Wynn Hotel in Las Vegas., NV.

“Historically, TV began with Image Orthicons and Vidicons to capture scenes at low-light levels, but were later replaced by light-weight, high-resolution, solid-state imagers,” White said. “In the late 1960s and early 1970s at Westinghouse, I and a team of engineers worked on a way to process images from these solid-state imagers and we called the method Correlated Double Sampling or CDS, which is widely used today.” 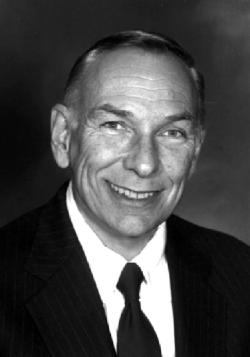 The Technology & Engineering Emmy® Award was actually the first among any awards issued in 1949, said Adam Sharp, CEO & President, NATAS.

“It laid the groundwork for all the other Emmys to come,” he said. “We are extremely happy about honoring these prestigious companies, where the intersection of innovation, technology, and excitement in the future of television can be found.”

White joined the Ohio State ECE faculty in 2010 after many years teaching at Lehigh University in Bethlehem, PA, where he was the Sherman-Fairchild Professor of Electrical and Computer Engineering and Director of the Sherman-Fairchild Center for Solid State Studies. He also served two decades at Westinghouse Electric Company, as well as serving stints at the National Science Foundation and Naval Research Laboratory. He has authored or co-authored over 300 technical papers, contributed chapters to four books, and has 27 U.S. patents.

The professor is a member of the U.S. National Academy of Engineering, an IEEE Life Fellow, and served as a distinguished national lecturer of the IEEE Electron Devices Society. He received several awards for his contributions to the development of high-sensitivity, solid-state cameras, and imagers and for major contributions to progress in semiconductor devices including the IEEE Electron Devices Society’s 1997 J. J. Ebers Award, and the IEEE 2000 Masaru Ibuka Consumer Electronics Award. In 2011, he received Ohio State's Distinguished Alumnus Award.