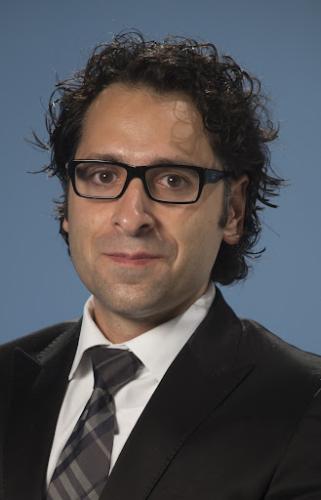 An electrical and computer engineer at The Ohio State University helped develop a method to use signals broadcast by Starlink internet service satellites to accurately locate a position here on Earth, much like GPS does. It is the first to harness the Starlink system by researchers outside SpaceX for navigation.

The Starlink satellites, sent into orbit by Elon Musk’s SpaceX, are designed to provide broadband internet connections in remote locations around the world. The researchers used signals from six Starlink satellites to pinpoint a location on Earth within 8 meters of accuracy.

Their findings, shared at the Institute of Navigation GNSS annual meeting in St. Louis in September, may provide a promising alternative to GPS. Their results will be published in the upcoming issue of the journal IEEE Transactions on Aerospace and Electronic Systems.

The researchers did not need assistance from SpaceX to use the satellite signals, and they emphasized that they had no access to the actual data being sent through the satellites – only to information related to the satellite’s location and movement.

“We eavesdropped on the signal, and then we designed sophisticated algorithms to pinpoint our location, and we showed that it works with great accuracy,” said Zak Kassas, director of the Center for Automated Vehicles Research with Multimodal Assured Navigation (CARMEN), a multi-institution transportation center housed at The Ohio State University.

“And even though Starlink wasn’t designed for navigation purposes, we showed that it was possible to learn parts of the system well enough to use it for navigation.”

CARMEN is one of four recently awarded U.S. Department of Transportation University Transportation Centers. Kassas is an adjunct professor of electrical and computer engineering at Ohio State and an associate professor at the University of California, Irvine.

For this research, Kassas and his research team studied the Starlink system and analyzed signals being sent by the satellites. They developed an algorithm that could use the signals of multiple satellites to locate a position on Earth. Then, they set up an antenna on the campus of UCI and tried to use the network to pinpoint the antenna’s location.

Using Starlink, they identified the antenna’s location within about 7.7 meters. GPS, by comparison, generally identifies a device’s location within 0.3 and 5 meters. The team has used similar techniques with other low Earth orbit satellite constellations, but with less accuracy, pinpointing locations within about 23 meters, Kassas said. The team has also been working with the U.S. Air Force to pinpoint locations of high-altitude aircraft; they were able to come within 5 meters using land-based cellular signals, Kassas said.

SpaceX has some 1,700 satellites in Earth’s low orbit, meaning they circle the planet about 1,200 km from Earth’s surface. SpaceX ultimately plans to launch more than 40,000 satellites.

Kassas said as the Starlink constellation grows, so, too, will the accuracy of his team’s navigation and geo-location technique with its signals.

Their discovery could allow the government or other agencies to use Starlink’s satellites as an alternative navigation system – and possibly, a more secure one – to GPS, which powers almost all navigation systems around the world, Kassas said.

GPS has been in place for more than 30 years and its signals are well-known, akin to open-source software, Kassas said. That is an asset to companies that develop GPS receivers in smartphones, wearable fitness devices and vehicles, but it also makes the system vulnerable to attacks. GPS satellites are also farther away from Earth than low-Earth orbiting systems, making their signals weaker, and therefore more susceptible to interference.

Jamming attacks on GPS signals can take down GPS signals altogether, which has been a growing problem for aviation. Spoofing attacks on GPS can manipulate where a given vehicle appears in systems designed to monitor locations and prevent vehicles from overlapping routes; attacks can also take over a vehicle’s path – for example, some attacks have overtaken military and civilian drones, maritime vessels, and even Tesla’s autopilot.

The Starlink system is appealing to navigation experts, Kassas said, because the signals, until now, have been private – SpaceX has not shared them with governments or researchers. Starlink satellites are closer to Earth than GPS satellites are, making their signals much stronger and less susceptible to interference.

“The important catch here is that we are not ‘listening’ in on what is being sent over these satellites,” Kassas said. “We learned the signals just well enough to harness them for navigation purposes.”

Co-authors on the research were Joe Khalife and Mohammad Neinavaie of the University of California, Irivine.

This work was funded by the U.S. Office of Naval Research, the U.S. Department of Transportation and the National Science Foundation.