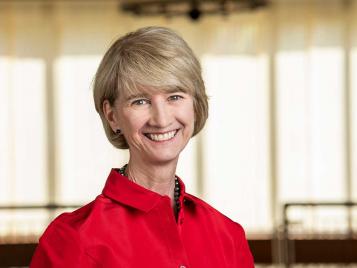 As the new President of The Ohio State University, Kristina Johnson has broken down many barriers toward success in her career.

IEEE Spectrum interviewed Johnson on the win, as well as her career in electrical engineering and new Ohio State leadership. She is an expert in photonics, specializing in optoelectronic processing systems, and holds more than 100 U.S. and international patents in the field.

Sponsored by Google, the Dresselhaus medal honors the late MIT professor of physics and electrical engineering, who did groundbreaking work on carbon and its thermal and electrical properties. Dresselhaus, an IEEE Life Fellow, was known as the ‘Queen of Carbon Science’ for her lifelong research into the properties of graphite and other carbon-based materials. She died in 2017 at the age of 86.

The Dresselhaus Medal recognizes outstanding technical contributions in science and engineering of great impact to IEEE fields of interest.