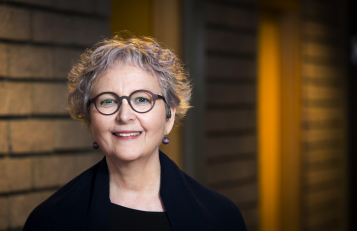 Distinguished alumna Anna Soffía Hauksdóttir earned her MSEE and Ph.D. degrees from The Ohio State University, majoring in control systems in 1983 and 1987, respectively. She previously graduated from the University of Iceland with a BSEE degree in 1981.

Throughout the decades, her history of research and dedication to Icelandic academia and vehicular technology is a beacon of example for future students at Ohio State.

In her career, Hauksdóttir received the "Centennial Keys to the Future Award" from the IEEE Vehicular Technology Society in 1984. She was a professor at the Electrical and Computer Engineering Department of the University of Iceland since 1989.

Since 2002, she was a Docent of the Helsinki University of Technology, Finland. She is also a senior member of the IEEE.