Robert Fenton: A Life of Innovation and Legacy 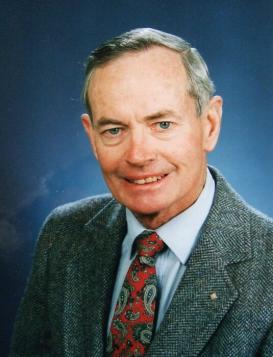 Before much of the world even conceptualized self-driving vehicle technology, Ohio State University Emeritus Professor Robert Fenton was testing his uniquely remote 1965 Plymouth sedan down quiet farm roads outside of Columbus – at speeds up to 85 mph.

The Department of Electrical and Computer Engineering now celebrates Fenton's pioneering life and legacy after he died at the age of 87 on Dec. 28, 2020.

During the 1960s, the professor's unique research led toward the first wave of self-driving cars in the world. His efforts focused on ways to improve driver performance and reduce traffic congestion for greater public safety.

Working with other researchers, Fenton created a joystick-controlled test car. This later led to the invention of the first self-driving vehicle, powered by a magnetic field built into the surface of the roadway.

“He left the world richer than he found it. May we each endeavor to honor his legacy by remembering how we knew and loved him best,” his obituary states.

According to his daughter Andrea Linton and son Erich Fenton, the professor lived a life fueled by self-made resilience and a passion for learning. Plus, extra gusto for editing their homework.

"We recall standing by his desk in his home office, terrified of the dreaded red pencil he used to mark errors in our homework," Linton said.

Born in Brooklyn, New York in 1933, Fenton grew up in an orphanage until high school. He later moved to Cleveland to live with his grandmother. 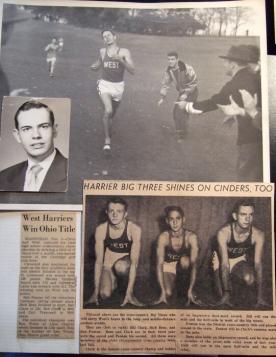 “He determined early in life that he had to make his own destiny,” Fenton’s obituary states. “His success first as a student, then as faculty and researcher at Ohio State, was the result of years of hard work, innovation, and collaborations that were the joy of his professional life.”

A 20-month tenure on Lake Superior shoveling iron ore, combined with scholarships and military service as an Air Force Intelligence Officer, funded his pursuit of higher education – where his legacy continues.

Fenton was honored as an Institute of Electrical and Electronics Engineers Life Fellow in 1986 for his discoveries within the field of electrical engineering and his work with automated vehicles. His foundational research in vehicular control technology and automated highway systems eventually led to his election into the National Academy of Engineering (NAE) in 2003.

Numerous stories within the Ohio State news archive reveal details of his pioneering self-driving car technology, now ubiquitous with the future of transportation in the world. The world’s largest technical professional organization, IEEE, highlighted Ohio State’s role in autonomous vehicle research with the article, “The Drivers Behind Autonomous Vehicles.”

“No researcher before Fenton had pursued automated vehicle technology. In 1962 his team at the university built the first automated vehicle, which is also believed to be the first land vehicle to have a computer. Steering, braking, and speed were controlled via onboard electronics, which filled the trunk, back seat, and most of the front passenger side of the car,” the IEEE article states.

His team placed a guidewire down the center of the roadway and ran an electrical current through it, creating a magnetic field and enabling their control of the cars. The first was the 1965 Plymouth sedan, modified with sensors and other instrumentation developed at Ohio State.

“At the time, our work was probably the most advanced in the world. Very few people were doing it,” Fenton said. “It worked beautifully."

Unfortunately, the cost of the guidewire approach was too high to maintain on a large scale. To solve for that in later iterations, he says, the team bounced signals off guardrails and placed side-radar sensors on the car to keep it on track. 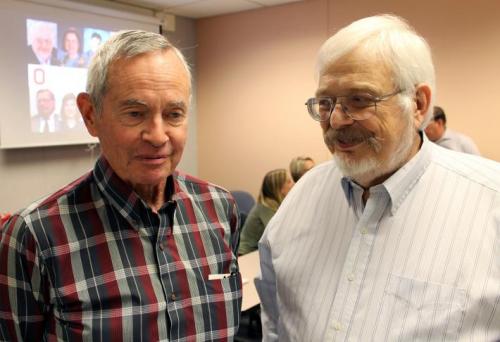 Fenton's efforts even helped pave the way for Ohio’s booming automotive industry. He and other researchers at Ohio State approached then-Governor Jim Rhodes about the lack of automotive testing locations in the state. Through those conversations, the Transportation Research Center (TRC) in East Liberty was eventually established in the 1970s. This testing site helped open the door for Honda of America to expand into the United States during the 1980s, later building a new facility in Marysville, Ohio. In July, TRC broke ground on its SMART Center facility, the largest real-world testing site for automated vehicles upon its completion.

Fenton was preceded in death by Alice, his wife of 50 years who passed away in 2006; and thereafter by Elaine, a constant companion during his final 5 years, who passed in May of 2020.  Robert is survived by his two children, Erich (& wife, Teresa) and Andrea (& husband, Robert), and their respective families; and his many friends with whom he shared so much during his 87 years of life.

Contributions may be made in Fenton’s honor to the American Battlefield Trust at https://www.battlefields.org/or ASPCA at www.aspca.org