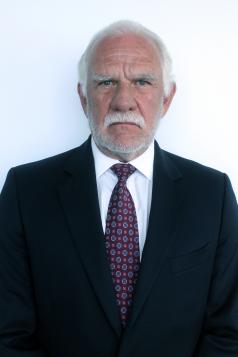 As a result of his training at Ohio State, Ramirez said he has always remained involved in power projects, including generation, transmission and distribution of energy. For more than 25 years, he was President and CEO of HMV Ingenieros Ltda, where he started working 40 years ago as a Technical Director.

Accordingly; the following are among his main accomplishments during the last 20 years:

Throughout 20 years at HMV, Ramirez increased revenue of the company from US $5M/year in 2002 to more than US $100M/year during the last six years. The company also grew from 150 employees in 2002 to 2,100 employees by 2019 - with 90 percent serving as engineers. He led international expansion, establishing offices in Colombia, Peru, Chile, Brazil, Trinidad and Tobago, Panama, and the United States, and with projects executed in more than 35 countries. Ramirez led the development and construction of more than 200 MW in renewable energy projects for the investors of HMV, mainly in small hydroelectric and solar projects. He led strategic alliances with Tier 1 engineering companies worldwide. He also acquired engineering companies in Brazil and the United States, which are currently controlled by HMV. Ramirez participated in the creation of multiple companies in different fields of engineering for HMV (or former Mejia Villegas), such as SAG, IEB, MVTel, etc.

The alumnus retired at the end of 2019. He is still active as an advisor for the HMV Holding Group in many of its companies.