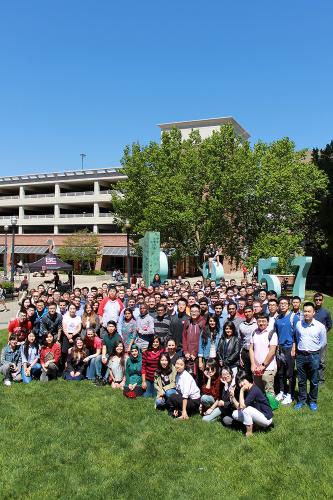 ECE Department Chair and Professor Hesham El Gamal said the national rankings are beginning to reflect more of what many faculty have known for years, in that Ohio State remains under ranked.

"A top 10 status is consistent with our quality," El Gamal said. "With our graduate ranking going up from 30 to 22, we can now proudly claim to be a holistic top 25 academic program."

Internationally, the Shanghai Ranking's Global Listing of Academic Subjects for 2020, placed Ohio State ECE at 21 (score: 200.3) within the United States and 32 worldwide among similar programs.

The Academic Ranking of World Universities is a quantitative listing, rather than peer assessment conducted in the US News and World Report. ARWU uses six objective indicators to rank world universities, including the number of alumni and staff winning Nobel Prizes and Fields Medals, number of highly cited researchers selected by Clarivate Analytics, number of articles published in journals of Nature and Science, number of articles indexed in Science Citation Index - Expanded and Social Sciences Citation Index, and per capita performance of a university. More than 1800 universities are ranked by ARWU every year and the best 1000 are published.

The news of the Top 25 placements follows on the heels of the Ohio State ECE graduate program previously earning an eight-point ranking increase in the 2021 U.S. News and World Report.