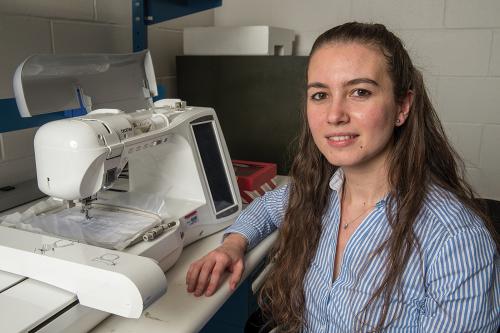 Statistically, over the past 20 years, Americans are becoming increasingly more obese. This national public health crisis is causing a continued proclivity toward early death and disease.

According to the Centers for Disease Control and Prevention, from 1999 through 2018, the prevalence of obesity in the United States increased from 30.5% to 42.4%, and the prevalence of severe obesity increased from 4.7% to 9.2%. Obesity-related health risks include heart disease, stroke, type 2 diabetes and certain types of cancer, which are leading causes of preventable, premature death. 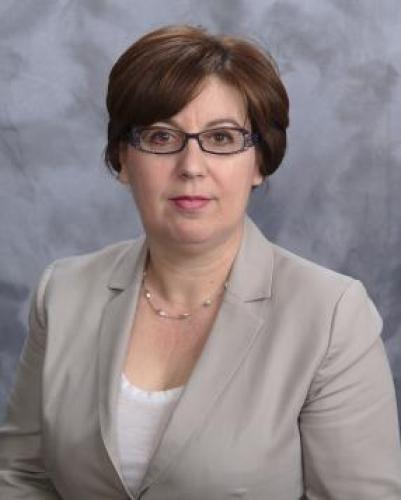 In this project for NSF, their wearable sensor technology will be easy to use, noninvasive (no microneedles) and not dependent on sweat.

From a Materials Science Engineering perspective, Gouma developed a sensing material (chemo-actuator) that deforms when exposed to acetone: the stronger the acetone concentration, the more pronounced the deformation.

Kiourti said she began working with Gouma on the project in 2018, utilizing her team's ECE focus on identifying a way to convert these mechanical/shape deformations into electrical signals.

"By doing so, we envisioned a new device that would use skin-released acetone as a biomarker to monitor fat metabolism," Kiourti said. "My group's efforts demonstrated that even the most flexible strain sensors available in the market and in the published literature were unsuitably rigid and impeded motion of the chemo-actuator when embedded upon its surface."

They brainstormed a unique solution to monitor its deformation in a seamless way.

“Our proposed idea is an electromagnetic-based transducer that embeds conductive e-threads into the chemo-actuator: we have preliminary results demonstrating feasibility and will further advance the idea as part of this research,” Kiourti said.

As the sensor deforms, she said, the e-threads are designed to generate varying voltages; using the map of sensor deformation versus generated voltage, we can tie voltages to sensed acetone levels.

Kiourti said one PhD student in ECE will be tasked with further adding wireless capabilities to the sensor, powered by harvesting radio frequencies from the air. This will avoid the need for a bulky battery. 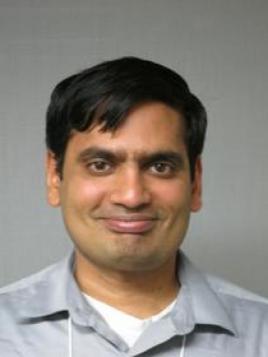 Gouma said all components of the wearable skin strip will be isolated from the environment via advanced water and gas-proof glassy materials. Human subject experiments will be performed to obtain an accurate dynamical relationship between acetone and fat metabolism, and for calibrating and testing the wearable technology. The project also includes a social networking component to process skin acetone measurements from individuals in a group and provide useful feedback on behavioral modifications.

“Our objective is to transform health and medical practices through noninvasive, personalized, affordable and continuous diagnostics,” she said, “allowing users to monitor their fat metabolism and control their weight loss, and share their results through smart connected networks, thereby helping manage obesity or metabolic disorders.”

The goal of the federal interagency Smart and Connected Health program is to accelerate the development and integration of innovative computer and information science and engineering approaches to support the transformation of health and medicine. Approaches that partner technology-based solutions with biomedical and biobehavioral research are supported by multiple agencies of the federal government including the National Science Foundation and the National Institutes of Health.

To learn more about how ECE students and faculty are teaming up with health and medical scientists, head over to http://ece.osu.edu