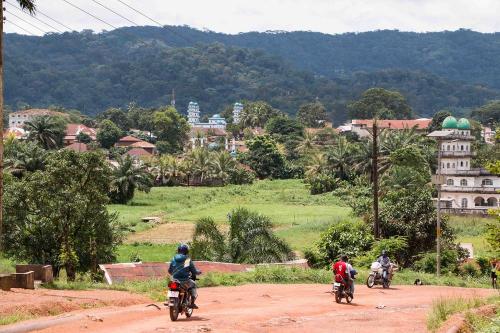 “Hey, what is that star next to the moon?” the father said.

There was an understanding in his family. If education is the gateway to success, his parents made sure he and his siblings had the keys to open it.

It was also understood that his job was to use the resources they provided to the fullest extent.

“I have to attribute and give a lot of credence to my mom and dad for really accentuating the importance of education very early on in my life,” Kaikai said. “In fact, there was a running joke around the house, if any one of us were not at the top of our classes, we essentially failed for that entire year. Second place was not an option given all the resources they provided. We absolutely had to be the top of our class.”

Today, Kaikai lives in Maryland and is a Chief Engineer at Northrop Grumman Systems.

He said an innate curiosity ultimately led to his future in science and engineering.

“My dad was a lawyer. He and I used to have these quiz sessions. We would sit down, rather causally, and he would ask me random questions, about very general things,” Kaikai said. “He told me about the Northern Star and how it was used for navigation in place of compasses back in the day. Even though he was a lawyer, those quiz sessions with him really peaked my interest in Science. I would take those moments with him and go to school the next day and brag about the new knowledge I had learned. So, I would share that knowledge and I was the smart kid in the class.”

With a desire to learn more, Kaikai found ways to incorporate science into his daily life. He said a big children's pastime was building little cars out of scraps and wires they could find.

“In all of Africa, kids built these wire cars," he said. "Not everyone could afford toy cars to play with. I was very good at that. I had kids come to me to help build them wire cars.”

His reputation led to his involvement in African Child’s Day. Each summer, the Sierra Leone government would go to different schools and select some of the top students to participate as top officials.

“Basically, the kids run the country for the day,” Kaikai said. “I was fortunate enough one year where I was chosen to participate. We got quizzed, and coincidentally, one of the questions was ‘What’s the star closest to the Moon?’ Of course, I answered it and I was offered this really fancy job of being a bank manager.”

Kaikai laughed and said he actually turned them down, instead asking if he could drive the bulldozer at a construction site. 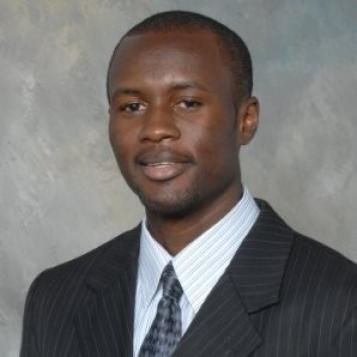 “That interested me – machines. I thought that was a lot cooler than sitting at a desk. This was all by the time I was 10 years old,” he said. “I’ve always had an affinity for all things machines, building, learning how systems came together.”

Throughout the 1990s, the United States saw an increase in immigration from Sierra Leone, as families saw opportunities for their children to escape poverty and mass wartime atrocities associated with the ongoing civil war, which lasted from 1991 to 2002. By the end, more than 50,000 people had died and war crimes against the people spawned movies and documentaries, such as "Blood Diamond," "Cry Freetown," and "Ezra."

At the age of 14, Kaikai moved away from Sierra Leone to live with his uncle in New York City and finish high school. His curiosity for knowledge continued.

“My uncle had a computer that we weren’t allowed to touch," he said. "I would take the processing unit and unscrew it and take it apart to see what was inside there and what made the graphics show up on the screen. I got in trouble a few times, but I learned a lot from that."

Much like building wire cars for friends, Kaikai quickly became the go-to guy for fixing computers. This academic interest led him to City College in New York and later to The Ohio State University to pursue his education in ECE.

“The one great thing I really appreciated about Ohio State ECE, was within one program you had several different paths,” he said.  “I ended up focusing on more of the high voltage power side of things. The program is great the way it’s set up and really prepares anyone for success who is going through it.”

After graduating from Ohio State, Kaikai was hired on at Northrop Grumman, where he started out as an RF engineer.

“I’ve been fortunate enough to not only excel in that, I now work as a Chief Engineer providing technical guidance to some of the smartest people in the world,” he said. “We come up with complex systems that are helping solve a whole lot of issues around the world."

At Northrop Grumman, the path is always leading toward the future of technology and engineering.

“We’re getting to a point where systems are going to have to be more adaptable. It’s going to require a lot of research into device packaging. I think that is where the future really lies," Kaikai said. "We’re in the middle of the fourth industrial revolution. In the future, AI and Internet of Things are really going to need to merge and be integrated in all systems. Driving your car, for example, it will be able to tell the difference between a wall versus a person. That requires a ton of data processing, image processing which gets into machine learning, deep learning and neural nets. All of this will require very high bandwidth and fast systems.”

“It’s not the easiest program to get into. Although once you get in, engage yourself. Really embed yourself within the department,” he said. “I got to know the professors. I got to know the administrators, as well as participated in the student organizations and IEEE.”

Kaikai said ECE advisors and Professors like Paul Berger and Betty Lise Anderson guided him beyond the classroom, and Professor Jin Wang especially saw his potential.

“I took a class with him and he very quickly believed in my abilities and gave me an opportunity to do graduate research with his students. I was very fortunate to be the only undergraduate student in his group,” he said. “Working with some of the smarter folks, who were more experienced, I got to learn a lot, and to this day I owe a lot of my successes to him.”