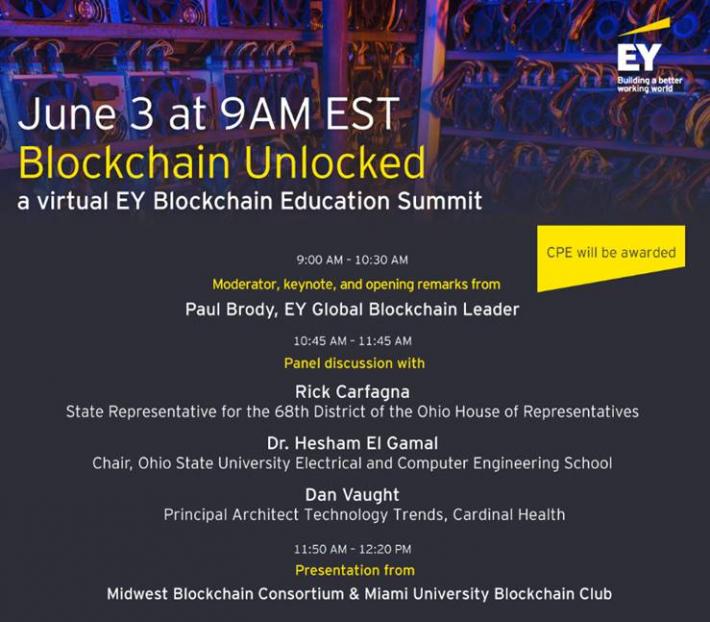 When Ohio legislators approved the public and private use of blockchain technology in 2018, the point was to help restore trust in the way data is exchanged online. That trust remains at the core of financial, cybersecurity and healthcare industries worldwide.

At a hearing before state officials that year, Hesham El Gamal, Ohio State electrical and computer engineering chair and professor, stressed it was time to open the door for blockchain technology statewide. Not only for its obvious data security issues, but also to provide more student opportunities to get involved in its development.

“The goal for blockchain,” he said, “is a return to community trust.”

Blockchain is a linked digital record where data cannot be changed without the assent of the entire connected network. Every time data is updated, it is recorded so users can see who modified what and when.

Ohio became among the first states nationwide to allow for its use in 2018. However, the goalpost has moved further away since then.

Carfagna said after Ohio opened the door for private entities to implement blockchain technology in 2018, changes in leadership and focus stalled it at the state level.

In essence, he said, it’s going to take a lot more educating to cultivate more interest.

“When it comes to technology in the house, we’re in a vacuum,” Carfagna said. “I wanted to resurrect these blockchain initiatives.” 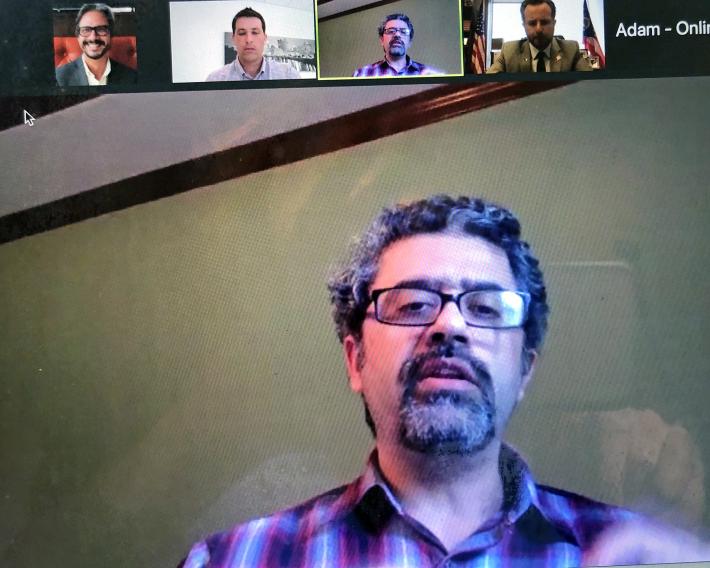 He said Senate Bill 220 enhanced Ohio cybersecurity laws, allowing for blockchain in the private sector. In 2019, this segued into House Bill 220 (a happy accident the number stayed the same).

Added to the state’s Uniform Electronic Transaction Act was the line, “A record or contract that is secured through blockchain technology is considered to be in an electronic form and to be an electronic record.”

“A government entity may utilize blockchain in its authority,” he said. “It removes all the ambiguity.”

However, he said, all legislators are essentially tasked with approving and disapproving bills in which they may have little understanding. They must educate themselves enough to properly understand countless issues. In the case of blockchain, he said, it took more effort.

“We had to write it in crayon in order to explain it,” he said.

El Gamal said technology poses an interesting education challenge. They must embrace a cross disciplinary approach to education, including both policy and technology.

“Not everyone needs to be as deep in this as someone building next gen technology,” he said. “But they must understand it enough.”

El Gamal wants to see Ohio State build stronger programs for advanced degrees and undergraduate courses in cybersecurity. As a leading university in this realm, he said, partnerships with Columbus State make sense. The future depends not just on engineers, he said, but a mixture of policy and business leaders as well.

Kaufman explained blockchain technology within the context of how people listen to music. It went from vinyl to cassettes and CDs, exploding into easy streaming services accessible from anywhere.

Similarly, he said, EY financial services moved into data analytics, which saved so much time and enhanced efficiency.

Both Carfagna and El Gamal see opportunities and silver linings to advance societal inequities in the post-pandemic world.