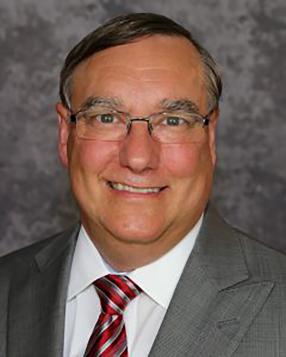 An Electrical and Computer Engineering professor is among seven Ohio State University researchers elected as Fellows of the American Association for the Advancement of Science, one of the most prestigious honors a U.S. scientist can receive.

Randy Moses, senior associate vice president for research administration and professor of electrical and computer engineering, was honored for his distinguished contributions to the field of signal processing, with applications to spectral analysis, array signal processing and radar imaging.

Fellows are elected by their academic peers because of their scientifically or socially distinguished efforts to advance science or its applications.

“These faculty members are the embodiment of Ohio State’s research-based, land grant mission — they are driving science forward to improve lives, not just in Ohio, but around the world,” said Morley Stone, senior vice president for research at Ohio State. “It is researchers like them that make Ohio State a national leader in scientific discovery and excellence.”

Kurt L. Frederick, professor of microbiology, for distinguished contributions to the field of translation and protein synthesis, particularly with respect to the molecular mechanisms of initiation, translocation and decoding.

Laura S. Kubatko, professor of statistics and evolution, ecology and organismal biology, and co-director of the Mathematical Biosciences Institute, for distinguished contributions to the theory and methodology of phylogenetic analysis, especially with respect to incorporation of coalescent models.

Zachary Schultz, professor of chemistry and biochemistry, for distinguished contributions to the field of analytical chemistry, particularly for ultrasensitive detection of molecules in complex biological matrices, imaging techniques and plasmonics.

The fellows will be honored with a certificate and gold and blue rosette pin (the colors represent science and engineering, respectively) at the annual AAAS meeting ceremony in Seattle this February. The fellows were formally announced Nov. 29 in the AAAS News & Notes section of the journal Science.

More than 100 Ohio State researchers have been named AAAS Fellows.