Posted: August 14, 2019
Two graduate students from The Ohio State University will get a front row seat for the largest central Arctic science expedition in history.

This September, she joins researchers from across the world as they depart on ships from Norway to drift through the Arctic Ocean ice, studying the top of the Earth in unprecedented detail over the next year.

The expedition is called the Multidisciplinary Drifting Observatory for the Study of Arctic Climate mission, or MOSAiC. A total of 600 people from 17 countries, supplied by other icebreakers and aircraft, will participate – and several times that number of researchers will use the data gathered to take climate and ecosystem research to the next level. The endeavor is spearheaded by the Alfred Wegener Institute, Helmholtz Centre for Polar and Marine Research (AWI).

The National Science Foundation is funding Ohio State’s proposal to participate in two separate six-month legs of the journey.

“Not many people have the chance to live on an icebreaker at or near the North Pole,” Downs said. “Choosing to leave behind my son and husband for those months was a difficult decision to make. But in the end, the once-in-a-lifetime nature of the journey and the cutting-edge science makes it worth the difficulties.”

Her research work at Ohio State is focused on electromagnetics and signal processing for remote sensing and Earth science applications.

Demir is the first to deploy to the Arctic this fall. He is leading the current day-to-day engineering efforts. Their goal is to operate an ultrawide band radiometer to measure sea ice thickness and salinity.

“This Arctic expedition is going to be a once in a lifetime experience, both personally and professionally. I'm so glad to be a part of it,” Demir said.

Professor Kenneth Jezek, a glaciology expert with Ohio State’s Byrd Polar and Climate Research Center involved with MOSAiC, said the Ohio State radiometer was tested briefly in 2017, revealing “there is still a lot to learn.”

He said the MOSAiC data they collect is important for predicting sea ice evolution and the future of the Arctic climate itself.

“We want to know more about the physics of thermal emission from sea ice,” Jezek said. “The results of the project should provide new information needed to design innovative remote sensing systems necessary for designing next-generation satellites that will continue to monitor changes in the sea ice cover of the polar oceans and predict the fate of ice in a changing world.” 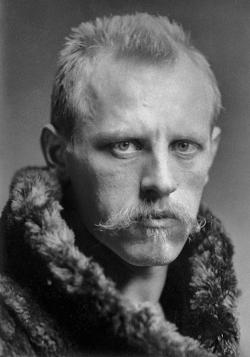 Jezek said the mission itself was inspired by Fridtjof Nansen’s 1883 to 1896 Arctic exploration, during which he froze a wooden-hulled ship into the ice, revealing the first information about sea ice movements across the ocean.

“MOSAiC will go further,” Jezek said, "by studying the atmosphere, sea ice and the ocean as well as the biological processes nurtured by the presence of ice.”

Demir can already sense the excitement within scientific community as MOSAiC progresses. He especially looks forward to the camaraderie; working alongside different scientists from all around the world, operating the instruments and developing Arctic survival techniques. His work focuses on radiometry for microwave remote sensing of sea ice. He and Research Associa Mark Andrews at ESL are responsible for building a 4-channel copy of the successful Ultrawide-band Microwave Radiometer (UWBRAD) to install/operate over a looming 20-foot ship mast.

Jezek said student training like this provides a societal impact by preparing the next generation of researchers in polar science and observation.

For the graduate students, the mission is a personal achievement as well.

“Early on, I discovered a love of learning was truly a vehicle that could take me wherever I wanted to go in life,” Downs said. “I dreamed of this as a child. For me, increasing scientific knowledge of our universe is the highest human endeavor. To be able to be a part of that, and in an area of critical concern like the impacts of climate change, is a dream.”

Demir said the overall impact on science is exciting.

“This will be an historical expedition to gather an unprecedented amount of data to help researchers and scientists around the world work together to solve problems in climate science. Understanding sea ice dynamics in the Arctic fills a large gap in climate change models. I am thrilled to be a part of it,” Demir said.

While it’s the journey of a lifetime, it’s also a scientific one. Follow the progress of MOSAiC at https://www.mosaic-expedition.org/ and keep up on Ohio State’s involvement as Downs posts about the expedition on her blog at: https://brandidowns.com/