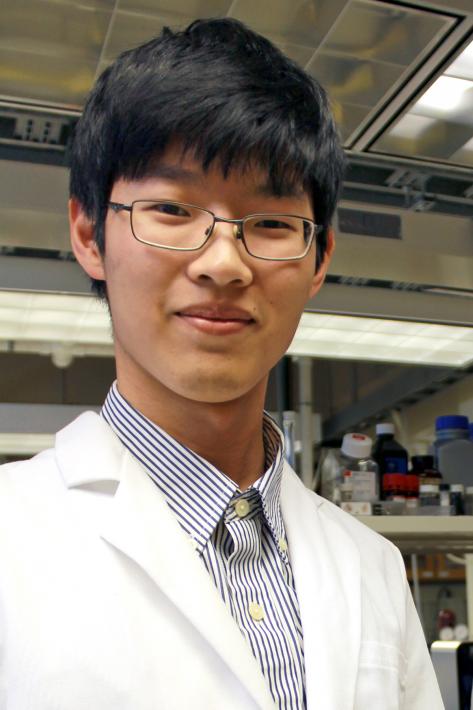 As society increasingly depends upon technology to overcome its adversities, recognizing young scholars is imperative.

With this in mind, The Ohio State University’s Office of Research and the Corporate Engagement Office named electrical and computer engineering (ECE) alumnus Wesley Thio among the two winners of the 2019 Next Generation Innovator of the Year awards.

Thio received his ECE undergraduate degree from Ohio State and is currently pursuing a graduate degree in electrical and computer science at the University of Michigan.

He said Ohio State prepared him well for his work today.

“One of the things I learned while working at Ohio State is to never be afraid of tackling challenges that could improve people’s lives,” Thio said. “Ohio State also has a unique collaborative culture that has taught me how to work effectively with others to solve problems. These are skills that will help me in the years to come, and will be important factors in helping me accomplish my goals.”

Thio is currently focused on a technology called a “memristor,” which he said takes inspiration from the human brain to solve challenges in modern computers.

“They have a lot of potential as we transition into an artificial intelligence-driven world where machine learning becomes used for critical applications, such as self-driving cars and diagnostic medicine,” Thio said. “They work as an electronic neuron synapse, and can be used to build chips that perform image recognition and data classification.”

The Buckeye sees the future of this technology as critical for next-generation healthcare.

“I hope in the long term I can pursue a startup that utilizes this type of technology in order to efficiently perform medical imaging,” he said. “This would be a fulfilling accomplishment to me, especially if it leads to quicker life-saving diagnoses. It may even be possible to develop new medical tools by combining this technology with brain probes or cardiac pacemakers to identify abnormal behavior such as arrhythmia much more efficiently.”

Thio’s undergraduate research studies at Ohio State centered on batteries and self-powered wearable technologies. He was awarded Ohio State’s Tech Hub 2017 Student Project Grant and was selected as a semi-finalist for the 2018 Lemelson-MIT Student Prize for his research in development of flexible batteries powered by electrochemical fabrics.

He completed an internship at the Università degli Studi di Catania in Catania, Italy in 2015 studying chaotic circuits, and interned at the National Taiwan University in 2016 studying solid state devices. His work in electronics and batteries has resulted in 11 publications, and six patents, with three pending.

According to the Office of Research, the Next Generation Innovator of the Year award honors students (undergraduate and graduate) or postdocs, to help recognize the innovation and entrepreneurship they contribute to the development or commercialization of a new technology in Ohio. It may also recognize a trainee-initiated start-up company whose success is a result of entrepreneurial talent, creativity and energy.

The second winner, Forrest Schoessow, is an Ohio State Ph.D. student in the Department of Geography.