The Future of WOSU, a History in Engineering

Posted: April 8, 2019
In 1900, when Morse code still ruled the airwaves, a rogue electrical engineering student holed himself up in a room at The Ohio State University to follow his research muse. His experimental work became the quiet beginnings of what we know as WOSU Public Media today.

That student, Robert Marriott, born in Richwood, Ohio, would go on to become one of the most celebrated wireless innovators in the United States. He was among the first to work in the field of radio communications.

Tom Rieland, general manager of WOSU, said it’s this shared history with Ohio State he wants to tap back into. In October 2018, he announced a $29 million plan to build a new WOSU headquarters at the corner of 14th and Pearl streets as part of the 15th + HIGH project – a proposed hub of activity on campus Ohio State dubs “University Square.” Ground breaking for the new facility starts in April.

With the expansion, Rieland said, comes a need for the next generation of Ohio State electrical engineers to help lead the way.

“We’re taking on a huge technical project over the next two years, moving into these new facilities,” Rieland said. “It’s going to be all hands on deck. We want and need to expand the electrical engineering talent around us.” 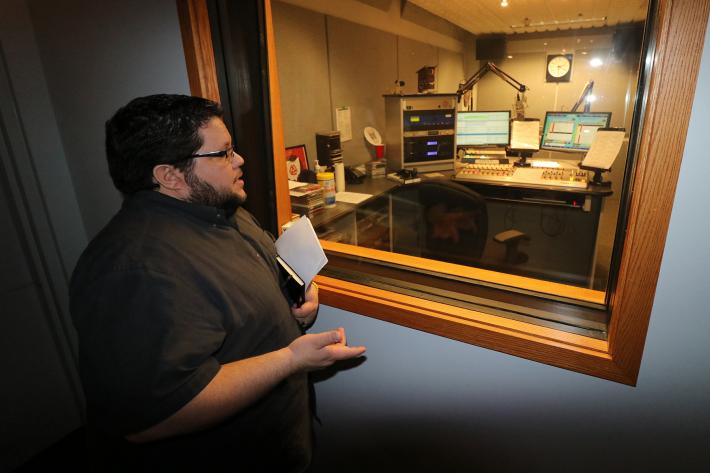 “We are beginning to re-forge the historic links WOSU has had to many Ohio State academic areas and this new relationship with electrical engineers takes us back to our roots as a broadcast station," he said.

WOSU was operated under Ohio State electrical engineering faculty until 1927. The post-World War I boom in radio broadcasting marked a new high in scientific achievement for the university, bringing this new thing called radio to life. 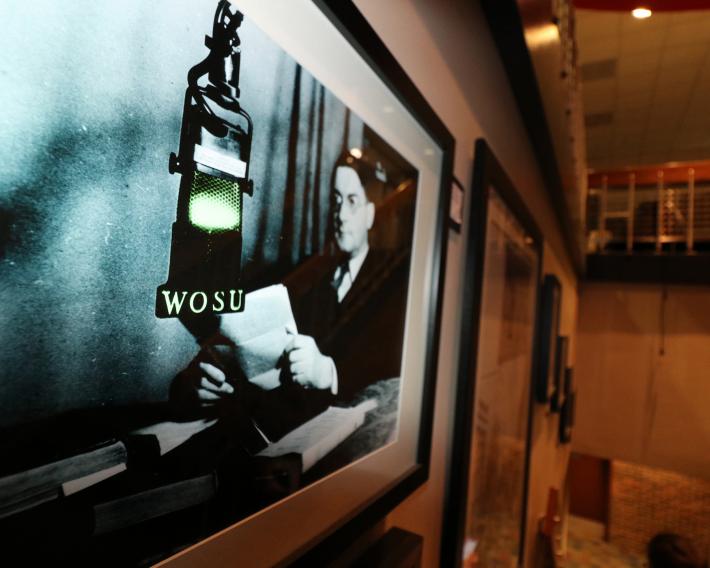 Hesham El Gamal, Chair Ohio State’s Electrical and Computer Engineering (ECE) Department, said he wants to help, not only by showing how ECE integrates into all forms of modern technology, but by guiding graduates toward different industries and opportunities they might not have thought of before.

“We would like to be a department that helps the city,” El Gamal said.

It’s become serious, Rieland said. Experienced broadcast engineers are retiring and they aren’t being replaced with new faces. He said the entire media and communications industry stands to take a hit if this trend isn’t reversed. They depend upon novel ideas and technological advancements.

“There is a growing demand for broadcast engineers,” Michael Meadows said, WOSU Chief of Technology. “It’s all about the mentorship experience. I would have benefited from that when I was in school. That specific engineering knowledge is going away.” 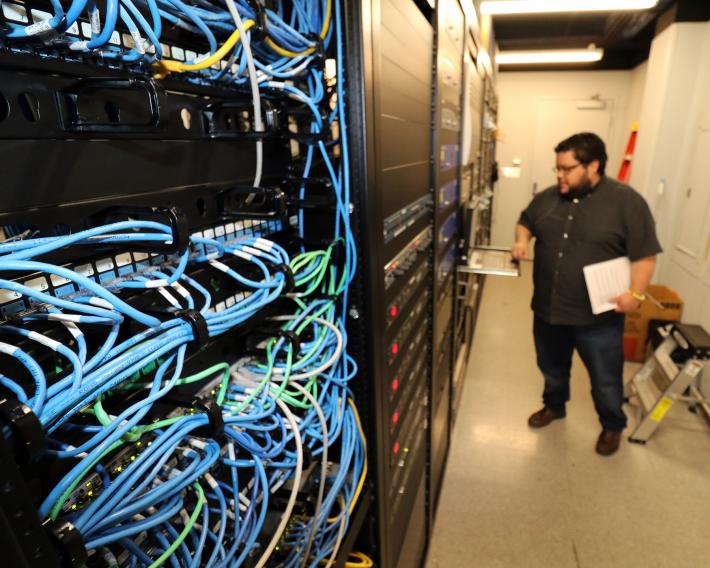 WOSU provides a variety of broadcast services to Central Ohio: the 89.7 NPR News FM station that started in 1949; the only classical music station in Columbus, and the community PBS station. The WOSU facilities are currently in the basement of the Fawcett Center located on Olentangy River Road.

Not only will the new location at 14th and Pearl offer WOSU room to grow, Rieland said, it provides a better platform for engaging and collaborating with the Ohio State community and Columbus.

Ohio State engineering students interested in joining WOSU internship and fellowship opportunities can apply via the Student Job Board and Engineering Career Services.