Posted: April 11, 2019
From growing up in Jordan, to reaching his professional dreams at The Ohio State University and beyond, alumnus Yazan Alsmadi is very clear about who he wants to thank.

Today, Alsmadi is Senior Lead Engineer at American Electric Power (AEP) and internationally affiliated as an assistant professor with the Electrical Enginnering Department at Jordan University of Science and Technology (JUST).

Alsmadi got his start as a promising student in the Middle East, and ended up a visiting scholar at Ohio State in 2009 in the Electrical and Computer Engineering (ECE) program.

He went on to become a Ph.D. graduate and a Presidential Fellow in 2014.

Alsmadi said he arrived at Ohio State at just the right time.

“I was very lucky, to be honest, in that it was the beginning of establishing the most promising center currently in the nation in the field of power electronics,” he said.

The Center for High Performance Power Electronics (CHPPE) is Ohio State’s multi-million dollar and world-class power electronics laboratory. It was specifically designed to explore the high temperature, high frequency operation and efficiency advantages of silicon carbide (SiC)-based power electronics. It was established through a $9.1 million Ohio Third Frontier grant to become the host for a new generation of technologies in power electronics and systems.

A recent visit back to campus showed Alsmadi how far CHPPE leaders, ECE professors Jin Wang and Longya Xu, have taken the center in the years since he left. Even walking through the Thompson Library was a rush of memory for him.

“I was impressed by all the effort, generation after generation, to get to the point where we are here,” he said.

After earning the Presidential Fellowship, Alsmadi said, he knew he studied under the right mentors.

“I felt how much The Ohio State University gave me, how much the program really contributed to this award and qualified me to join American Electric Power,” he said. 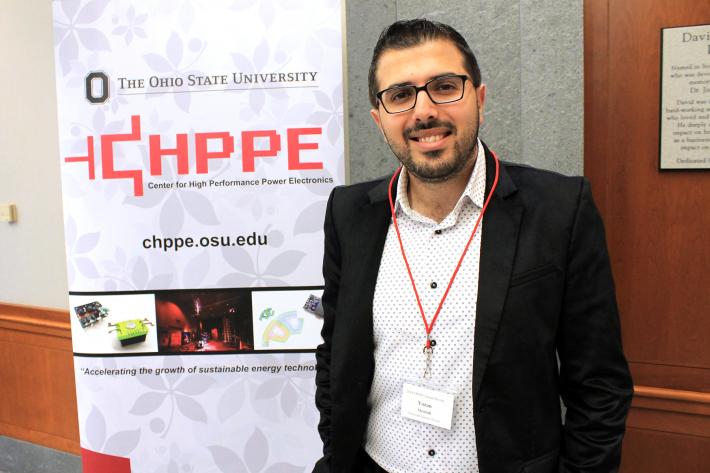 In 2017, Alsmadi said, AEP selected him as a company role model for his work and performance. What the Ohio State ECE program prepared him for, he said, is the next generation of power electronics.

“What we see currently in the industry is a massive transformation from what we call a traditional power system to a modern, or smart, power network,” he said.

All the experience he gained from his time at Ohio State made him appreciate what it means to be a Buckeye.

“It’s a feeling that I have, a responsibility that I have on my shoulders,” Alsmadi said. “I am really thankful to all my professors, faculty members, students and staff. Without your help, support, guidance, and without your instructions, I would never be at the point where I am now.”

He also provided a word of encouragement for today’s Ohio State ECE students studying power electronics, “For future engineers, I would say, you are really at the right place, the right program."