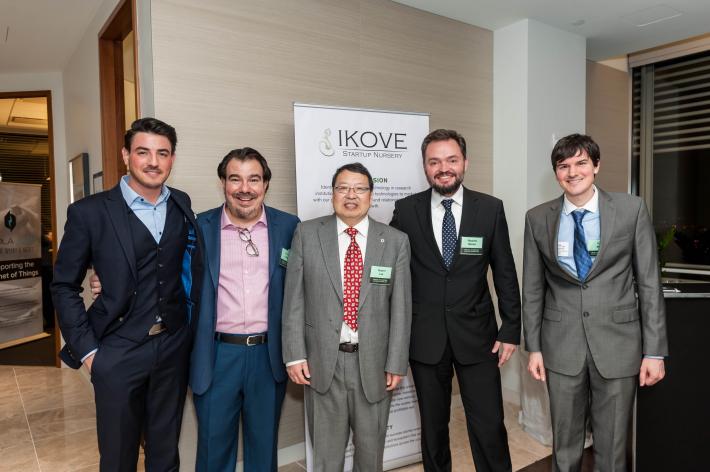 According to the company, the $10 million vehicle will help launch 10 to 15 early-stage technology companies through its proprietary Startup Nursery.

Ikove has built a structure that leverages world-class talent and harnesses years of research and design and investment from grants at research institutions to unlock powerful innovations created in laboratories.

Bridging the gap between lab and market, Ikove focuses on commercializing concept and seed stage technologies.

"While $70 billion is invested annually into university-backed research in labs across the country, less than one percent is invested in commercializing these life-changing ideas," said Flavio Lobato, co-founder of Ikove.

This leaves more than 95 percent of patented university innovations unfunded, never reaching the commercial market. Since 2014, Ikove has launched 10 early-stage deep-tech companies in the STEM, AgriTech and MedTech verticals, creating more than $150 million in equity value. With most of the companies entering hockey-stick growth phases, Ikove expects the portfolio value to grow to over $250 million by the end of 2019.

"The SUN Fund affords us the opportunity to realize the substantial pipeline of technologies we've identified which have the potential to influence and evolve how we live our day-to-day lives." said co-founder and Ohio State ECE alumnus Rodolfo Bellesi.

The SUN Fund is a proprietary vehicle that allows investors to co-invest with Ikove and access founder-level valuations and accelerate growth through follow-on rounds via an international network of strategic investors, hailing from over 10 countries.

"We're inspired by the success of Ikove and our portfolio companies over the last four years," said Lobato. "With the launch of the SUN Fund, we're looking forward to scaling our efforts in fulfillment of our mission of unlocking the potential of technology commercialization, bringing to life disruptive technologies that deserve to be shared with humanity."

Ikove is a venture development company founded to pursue early-stage investments with emphasis on technology commercialization in the Midwest. Through its proprietary Startup Nursery, in partnership with multiple U.S. research institutions, Ikove identifies and validates developing high-impact technologies, providing capital and commercialization resources to bridge the gap between R&D and VC funded rounds.