Posted: September 27, 2018
As drone numbers soar, DriveOhio’s unmanned aircraft systems (UAS) center is investing $5.9 million for a three-year study on how to safely fit these aircraft into an already congested airspace.

Doing its part to help, The Ohio State University’s ElectroScience Lab (ESL) is developing two passive radar systems in support of plans to extend the U.S. 33 Smart Mobility Corridor capabilities to include the use of unmanned aircraft to monitor traffic and roadway conditions from the air.

Ohio State’s College of Engineering is leading the project to look at both air and ground vehicles to complement DriveOhio’s current initiatives in autonomous and connected vehicle testing.

“We’re excited to develop an unmanned traffic management system for Ohio, which will enable safe flight of drones and personal air vehicles beyond the line of sight of the operator,” said Ohio State Professor and Aerospace Research Center Director Jim Gregory. “Our collaborative work will pave the way for the ultimate vision of safe flight of UAS throughout Ohio and beyond.”

The Federal Aviation Administration (FAA) estimates 7 million UAS commercial and hobbyist purchases by 2020. These unmanned aircraft must also interface with the 5,000-manned aircraft that are in the sky at any given time.

Electrical and Computer Engineering Research Assistant Professor Graeme Smith said including passive radar into the overall project could represent “a major advancement for a technology that is rarely used outside of research, despite a history longer than the common active radar.”

“Whether we like it or not, the drones are coming,” Smith said. “Widespread UAS use is going to happen at some point, and it’s kind of neat Ohio State is involved in defining how.”

Smith said his team at ESL is contributing two parts of the overall project: the measurement of a number of commercial UAS to understand how they appear to radar, and the development of two passive radars to integrate into the final system developed through the overall initiative. 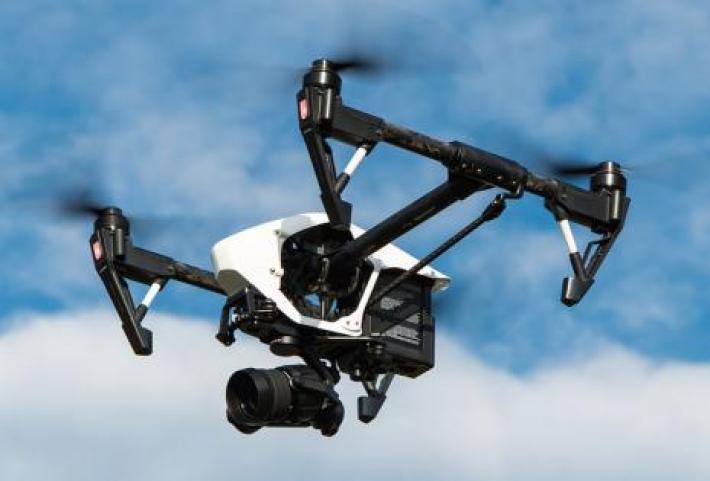 Low-altitude drones will ultimately monitor traffic and incident response along the U.S. 33 Smart Mobility Corridor, a 35-mile stretch between Dublin and East Liberty, in conjunction with the state’s current fixed-location traffic camera system.

“This is something akin to air traffic control, which is something we all know and understand, but how do you do this for unmanned aerial vehicles?” Smith said. “There are going to be many more and they are more maneuverable and uncontrolled, compared to conventional aircraft.”

With the UTM system in place, he said, the corridor could support future UAS and autonomous operations, such as package delivery and air taxi services.

“There has been much speculation in the academic community on just what a UAS will look like to a radar. With the work being done on this project we will finally know the answer,” Smith said.

To better understand the design requirements for the passive radar, he said, the Ohio State team will perform measurements of commercial UAS, such as the common DJI Phantom, in ESL’s Compact Range – a dedicated facility for the measurement of object electromagnetic reflectivity and antenna patterns required.

“Passive radar is exciting for this type of work because it doesn’t have its own transmitter. This means we’re not going to contribute to spectral congestion when we attempt to add even more sensors to an environment as we track these UAVs,” Smith said. “It also means the sensors we’re developing are expected to be much cheaper than a conventional, active radar. Therefore, you can have more of them, and if you have more sensors you expect to be able to achieve better coverage for things like detecting and tracking UAVs.”

Smith said teams from ESL previously conducted substantial research in the field of passive radar. In 2014, the MUltistatic digital TElevision PAssive RAdar (MUTERA) system was developed. It is an 8-channel receiver system facilitating fundamental research into passive radar, key to a number of Ph.D. projects demonstrating: passive inverse synthetic aperture (pISAR) imaging of non-cooperative air targets; the use of electronically small arrays to determine the target bearing; and the selection of the best choice of illuminator for target tracking. The pISAR results represent some of the first radar images formed using a single digital TV broadcast station as an illuminator of opportunity under realistic environmental conditions.

Additionally, in 2016, a team from ESL developed an ad hoc passive radar solution to demonstrate detection of non-cooperative air targets by exploiting the NextNAV terrestrial navigation system that is being tested in Columbus, Ohio. In this project, the team explored adaptive array antenna nulling methods to improve performance of the system and a technique known as “demod-remod,” in which the received signal is demodulated to estimate exactly what was originally transmitted. This method enabled the formation of a passive radar that had a single receive channel, rather than the normal two channels.