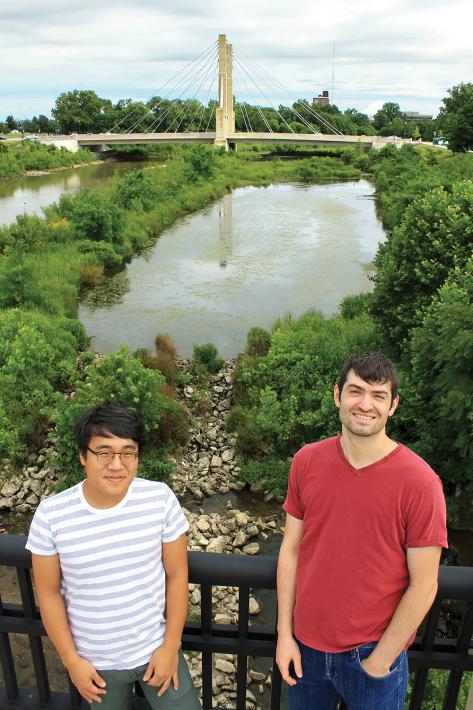 Not even a boil alert could help residents of Toledo, Ohio, when its mayor declared a water quality emergency in 2014. The message: Don’t drink from the tap.

It was the moment when the issue of harmful algae blooms (HAB) pestering lakes and rivers across the Midwest became more than just dirty water headlines in the national news.

Electrical and Computer Engineering Professor Wu Lu said The Ohio State University entered into the scientific research of detecting HAB water toxins a bit late in the game – but they are making up for lost time.

Seeing the writing on the wall, the Ohio Department of Higher Education (ODHE) began its HAB program after the Toledo water supply became contaminated. Lu’s team applied for ODHE funding and received $100,000 via the Ohio Sea Grant Program. Ohio State earned a second line of financing by renewing a grant already in action through the National Sea Grant Program. Both grant programs are managed by the Ohio State Stone Laboratory.

The Ohio Environmental Protection Agency (EPA) put the problem out to scientists: current sensors used to detect harmful algae toxins are not accurate enough and must be more user friendly out in the field.

Lu found a collaborator, students and laboratory space in Ohio State’s College of Public Health, and got to work. His team went on to earn media attention in 2017 after achieving something no other industry or university was able to do yet: create a simple, cheap, user friendly and effective electronic device, making it possible to test for specific toxins at a more precise level than the safety requirements set by both the EPA and the World Health Organization.

“Our technology is fast and much more sensitive and also highly specific. It does not require sophisticated operation procedures or equipment. You don’t need a microscope. It’s just not feasible to take expensive equipment into a boat and do a field test,” Lu said.

Ohio State Ph.D. student Paul Bertani was busy doing electroporation research in biomedical-related projects, when he decided to join Lu’s team by fabricating devices to bring their research to life.

“He made very good progress on the devices,” Lu said.

Initially, he said, the first device they designed was intended to detect one contaminant.

“Now, we are developing sensors capable of detecting multiple agents – the four common toxins that are found in HAB. These will be sensors for the detection of these toxins, so they can be used in the field or in rivers, and also in the watershed and water factories,” Lu said.

Ohio State also joined another program available through the National Ocean and Atmospheric Agency (NOAA), which has four water testing sites. One is on Long Island, another on Lake Erie, the third near San Francisco bay, and the last in Hawaii.

“We are going to have devices ready in July to field test in Lake Erie, working with Professor Tim Davis at Bowling Green State University. They are going to drive boats and we are going to bring sensors into the field, and maybe even the Maumee River – that’s one that has serious issues,” Lu said.

A new funding award through the National Science Foundation is seeking integrated devices for multi-toxin detection. This work began in August. Bertani is specifically looking at how water toxins change at different pH levels.

Lu said no one really knows the binding connections of the toxins inside HAB. He is working to produce a theoretical model because NOAA is highly interested in this technology.

Out of 17 proposals accepted, Lu said, Ohio State is the only university involved. The other teams are all companies.

In terms of the electrical engineering involved, Bertani explained how there are typically two electrical contacts, and between the two is a current flow. 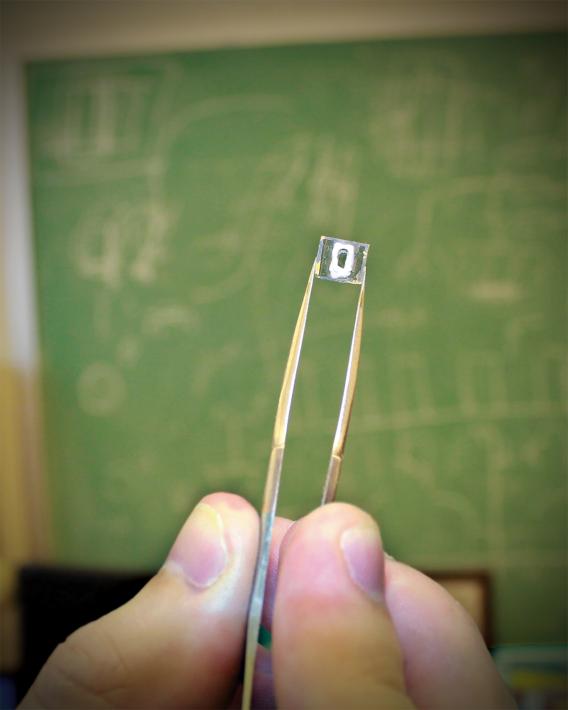 “When you put a solution containing some sort of charged particle on the surface, the top layer begins to collect used antibodies,” he said. “What you do is take a sample of water or urine, containing all these particles and then put it into a reservoir to measure. It can take very small samples, but also adapt to larger areas. You put down a small level of that and you wait for the binding, and once you get a signal for it you can determine the concentration.”

The presence of a toxin either makes the current increase or decrease, Bertani said, which is measurable. Rather than change color if it contains toxins, as some kits are designed, their devices measure electrical charge. He said this is actually more sensitive and accurate.

“They don‘t have viable technology for this yet. Say, for example, if the water is contaminated, the fish are also contaminated. People eat fish. Will the toxins be accumulated inside the body? Or, will they be flushed out? You want to see what is the impact. There is a need for sensors to detect toxins in body samples, urine samples and blood samples,” Lu said.