Posted: September 13, 2018
Widespread use of LED lighting has the greatest potential impact on energy savings in the United States.

By 2027, widespread use of LEDs could save more than $30 billion in electricity costs; the equivalent of 44 large electric plants working overtime.

Paul Berger, professor of electrical and computer engineering at The Ohio State University, is among the leading proponents and scholars working to advance the technology behind it. He also dedicates his time toward educating the public and generating student involvement in the future of LED. 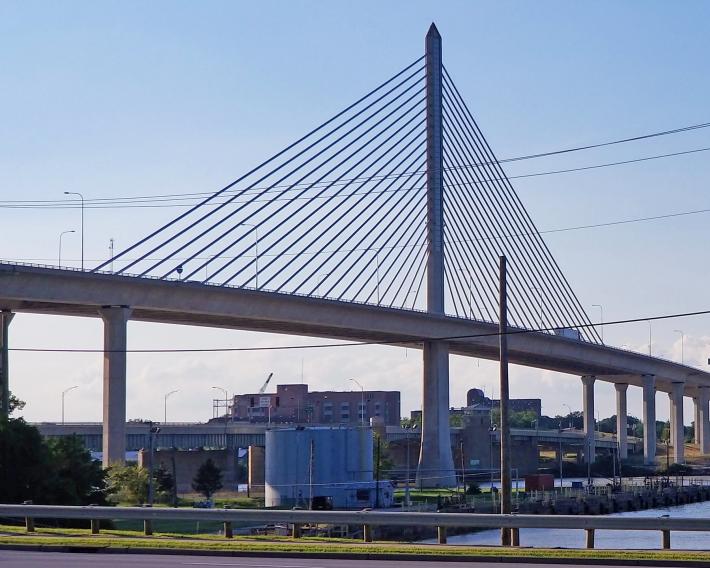 Berger said he talked about the potential impact switching to LED could have upon Toledo's municipal energy use regarding street lamps.

“It is important that as a Tier 1 Public Research University that we do not silo ourselves, but use our bully pulpit to inform and educate, both the enrolled students, but also the Citizens of Ohio and beyond,” he said. “Greenhouse emissions and climate change is an existential threat to the human race. We need to do more to reduce our reliance on fossil fuels by insertion of green energy solutions. But we also need to reduce our demand for energy through engineering innovations. We can, possibly engineer ourselves out of climate change, if we act fast enough and continue to develop better and better technologies. That’s why we need to support science education and research.”

"His talk was excellent. It was really informative and educational, especially in terms of making us aware of the potential cost savings," Tyrone Riley said, Toledo city councilman and chair of the committee. "We're trying to determine whether it is beneficial for the city of Toledo to go with LED lighting."

Riley extended his gratitude to Berger for making the trip up to Toledo. As city council further explores the topic of LED lighting, he said he hopes the professor could return as they continue their debate and education.