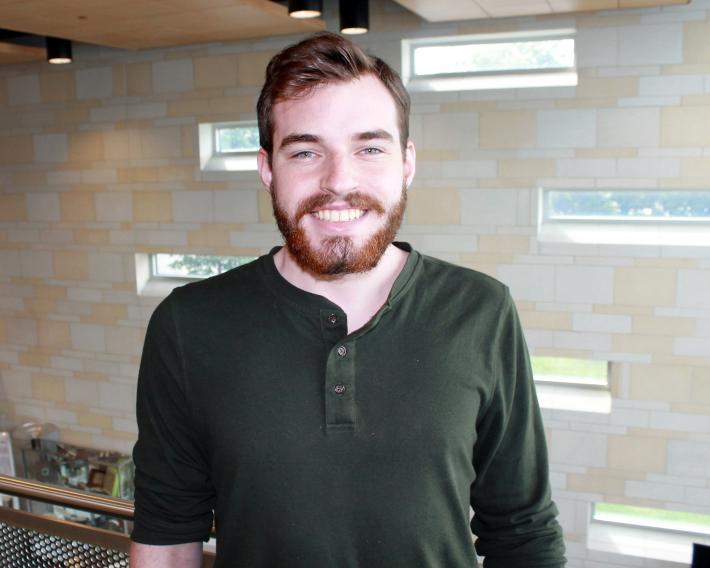 As a student, receiving a scholarly award for the first time is a milestone. It marks progress. A driven PhD student in the Department of Electrical and Computer Engineering at The Ohio State University can now check off this accomplishment.

“This is my first major award I have won for my work in RF (radio frequency) and electromagnetics, and I’m still really new to this, and so being able to win this means a lot,” Blauert said.

“Instead of having the implanted sensor require a battery – which was very expensive, kind of dangerous and requires extra space and thermal constraints – what we’re able to do is use our antennas – one on the outside of the human body and one on the inside," Blauert said.

This means all the power and complicated electronics remain outside the body, he said.

By removing the hefty technology from inside the body and making the implants small, he said, the device becomes much safer to detect certain diseases, like bladder cancer, or monitor chemical changes in the body. For example, perhaps metal ions are being released from hip or knee replacements, which can cause health complications.

In terms of implementation, Blauert said, medical professionals would install the wearable technology. Since the device is much smaller and more advanced, monitoring the communication is possible in real time.

For Blauert, focusing on radio frequency and electromagnetic research within the medical field is a personal interest.

“I want to try to bring my skills to the table and help people out with this new technology,” Blauert said. “The medical device industry is growing at an incredible rate, so establishing safe and reliable means of technology that would be the standard is what I think it could help make people’s lives safer.”

His research remains new, though, so prototypes and tests are further down the road. Even if the device never gets to the market, Blauert said, maybe it will help other engineers with other research problems.

“Dr. Kiourti is really awesome about having us work hard to get published, so maybe the antenna I design could be used for other medical applications instead of just implanted sensors,” Blauert said.

His primary goal is to create a prototype before receiving his PhD. Either way, Blauert is excited to continue the journey, working in a field he truly enjoys and is always aiming toward improving the technology.