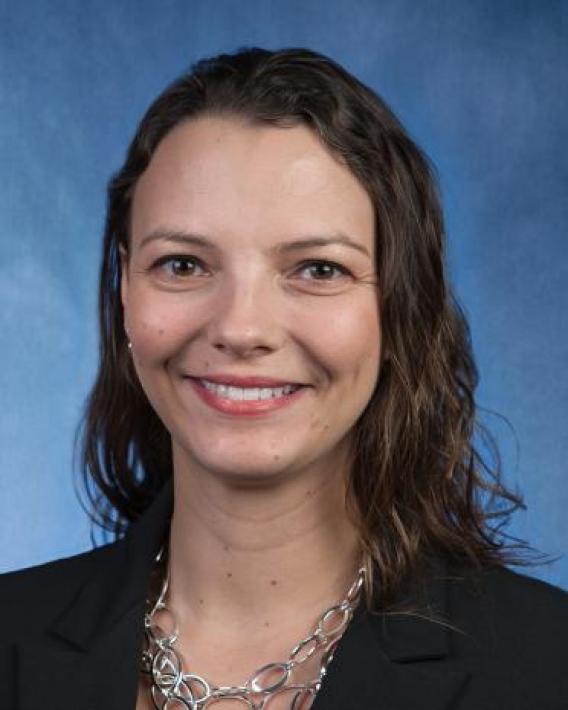 A Harris Corporation engineer at the time, she had just taken on the role of recruiting students at her alma mater and was looking for ways to increase her company’s involvement on campus.

“This event was so much more informative and beneficial than a formal interview process as far as a screening tool,” Armstrong said of the hackathon, during which hundreds of students transformed ideas into software and application prototypes in just 24 hours. “Because you’re seeing students work on a team, face real problems, and handle technical challenges and stress. Then there’s the open door when you’re working with them to make a pitch about your company.”

That positive experience and a similar one at MakeOHI/O, the university’s hardware-oriented hackathon, empowered Armstrong to work with her company’s philanthropic foundation to sponsor OHI/O events in the 2016-2017 academic year. It helped, she added, that a fellow alum at Harris was an instant advocate.

“At Harris, we focus on how to utilize innovation to solve really tough problems. The hackathon is one of those things that give students a real opportunity to start honing those skills going forward,” Chris Young said (’82, electrical engineering), president of Harris Corporation’s Communication Systems segment. “I think it’s that inherent belief that gaining hands-on experience really drives home what you’re learning in the classroom.”

Armstrong also encouraged the company to take its recruiting relationship with Ohio State to the next level by offering more valuable experiences to students—hands-on workshops, résumé reviews and partnering with groups like the El

ectronics Club and OHI/O. Strengthening that connection and increasing the number of students interested in careers at Harris has been beneficial for all sides, she said. Harris’ Rochester, New York, office currently employs approximately a dozen Buckeyes and hires new interns each summer. 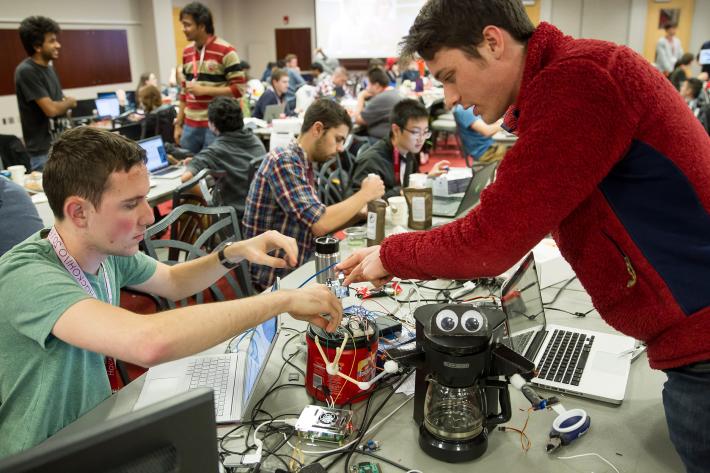 “The quality of students coming out of Ohio State is incredible. The new ideas are just tremendous and that’s what those hackathons bring to light for students,” said Young, who also sits on the Department of Electrical and Computer Engineering Industrial Advisory Board. “Every time I talk to interns or new hires, I come away energized by their enthusiasm and knowledge.”

Through Harris’ enthusiastic support and student outreach, Armstrong discovered a passion for working with the next generation of Buckeye engineers. In August, she returned to the College of Engineering as program director for the hackathons. Now, OHI/O isn’t just getting an Ohio State alum, but a Harris alum as well, ensuring that strong connection will continue to grow for years to come.

As for how other alumni can engage their companies with their alma mater, Armstrong said the first step is giving some of your time.

“It starts with your initiative. And for me, when the company starts to see your passion and your involvement, they realize they can benefit from your interests and it might not cost a lot of money to make a big difference.”

This story was originally published in the 2016-2017 issue of Forward, the College of Engineering's giving impact report. Read more giving stories and the full report online.