The Science of Smiles

Posted: June 29, 2018
Scientists know smiles are easier to recognise than other facial expressions. What they don’t know is why.

Electrical and Computer Engineering Professor Aleix Martinez at The Ohio State University was recently featured in The Guardian Life and Style Section, explaining his work and experience in the collection of facial recognition data - specifically as it relates to the act of smiling.

“We can do really well recognising smiles,” Martinez said. “Why is that true? Nobody can answer that right now. We don’t know. We really do not know. We have a classical experiment, where we showed images of facial expressions to people, but we showed them very rapidly… 10 milliseconds, 20 milliseconds. I can show you an image for just 10 milliseconds and you can tell me it’s a smile. It does not work with any other expression.”

Fear takes an exposure time of 250 milliseconds to recognise – 25 times as long as a smile, “which makes absolutely no sense, evolutionarily speaking”, Martinez says. “Recognising fear is fundamental to survival, while a smile… But that’s how we are wired.”

Studies show smiling faces are judged as more familiar than neutral ones. And it’s not just us that can recognise smiles more easily.

“This is true both for humans and for machines,” Martinez said.

Although scientists have studied smiles for about 150 years, they are still at the stage of trying to categorise types of smiles among the millions of possible facial expressions.

“One of the fundamental questions in the scientific literature right now is, how many facial expressions do we actually produce?” Martinez said. “Nobody knows.” 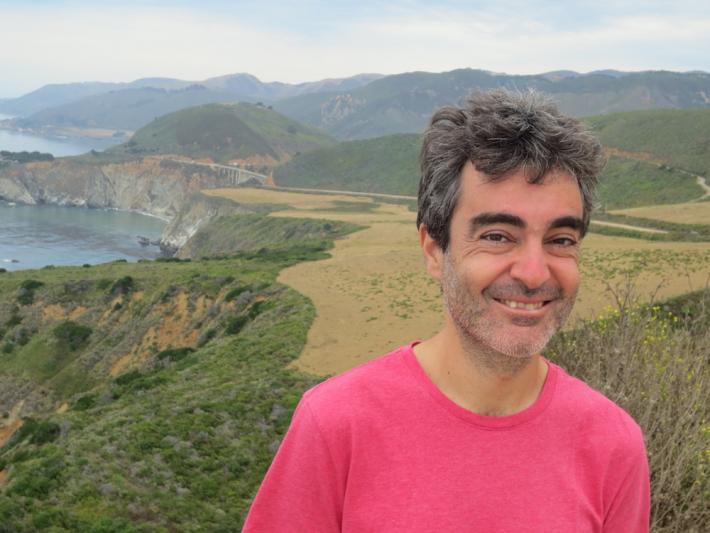 Scientists such as Martinez theorise how smiles – as well as frowns and other facial expressions – are remnants of humanity’s distant pre-linguistic heritage. Human language started developing as far back as 100,000 years ago, but our expressions reach back further still, even to before our origins as human beings.

“Before we could communicate verbally, we had to communicate with our faces,” Martinez says. “Which brings us to a very interesting, very fundamental question in science: where does language come from?”

One of the hypotheses is that it evolved through the facial expression of emotion, he says.

“First we learned to move our facial muscles – ‘I’m happy. I feel positive with you! I’m angry. I feel disgust," Martinez said.

A grammar of facial expressions then developed, he said, and over time this evolved into human language.

So, when we wonder how something as complex as language evolved from nothingness, the answer is it almost certainly started with a smile.

This is a reposted version of a Gaurdian story written by journalist Neil Steinberg, first published on mosaicscience.com by Wellcome.