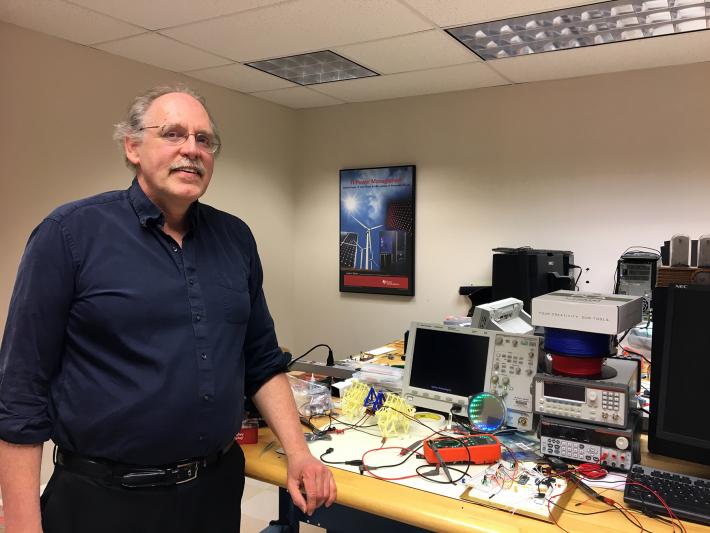 Reverse engineering is a method of analyzing a product or design and recreating it, rather than producing it from scratch. At an early age, Dr. Steven Bibyk discovered his passion for it.

Before leaving for work each morning, his father would remove the vacuum tubes from the television so Bibyk and his siblings would find other activities besides watching shows.

The young Bibyk was smart, though; after discovering the instructions inside the television, he learned to place the tube back in the set, watch TV all day, and remove it before his father returned.

“That was empowering,” Bibyk said. “I outsmarted my dad… and I figured out how to make electronics do something really useful for me.”

Today, Bibyk is an associate professor at The Ohio State University in the Department of Electrical and Computer Engineering (ECE), where he teaches several courses, conducts research in reverse engineering, and is highly involved in several student organizations.

He went on to obtain his bachelors, masters and Ph.D. in electrical engineering and applied physics at Case Western Reserve University in Cleveland, Ohio.

After gaining some industry experience during his doctoral program, he decided to return to academia.

“I was mainly looking for research institutes, but then I [applied] to Ohio State,” he said. “I saw that whether I went to Sandia Labs or some of these other places I was interviewing, I would have to start-up an activity. At Ohio State, I saw I was going to have to do the same thing, but I could stay in Ohio, and it seemed like a lot more fun.”

Being a professor requires finding your area of expertise and basically building a brand around that work, Bibyk said. Shortly after starting, he noticed Ohio State lacked a chip design program, which ultimately launched the Analog and Mixed-Signal VLSI (very-large-scale integration) design course.

Because of this collaboration, Bibyk’s research has morphed from signal processing to cybersecurity within reverse engineering concepts.

“There are so many chips being used that it’s an attractive white-collar crime, so a huge amount of counterfeiting (is happening),” Bibyk said. “People will put in chips ways to steal information. So, if you know the hardware well enough, you can exploit the vulnerabilities.”

Bibyk researches how to create an even safer chip that is not corruptible; this requires the engineer to work backward and think like a hacker, removing target paths.

Teaching students to think like a criminal, however, is tricky.

“I have to make sure the students don’t go to the dark side,” Bibyk said, smiling. “But I say, ‘No, that is not the point of this knowledge.’”

Getting involved in student organizations 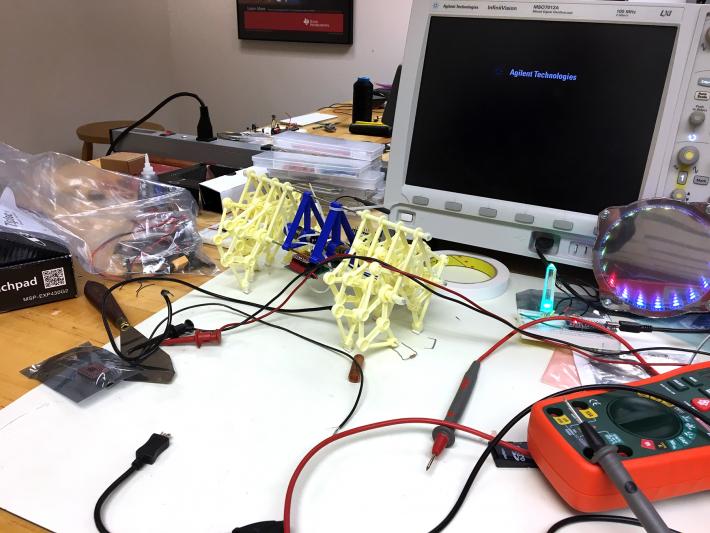 Within the past several years, Bibyk began dedicating more of his time to inspiring students, rather than conducting research. His primary involvements consist of three organizations.

He helps oversee STEP (Second-year Transformation Experience Program) maker program focusing on student success by providing educational opportunities and funding to students who propose ideas beneficial to their well-being or professional experience. He mostly assists the students interested in using their funds to build electronic-based gadgets.

The program also shaped his teaching skills; now he guides his students rather than only lecturing them, hoping to spark more creativity and discover what topics they want to learn in electronics.

“For me, I am learning more from students than I ever had,” he said.

Bibyk is also the Electronics Club advisor, which collaborates with the OHI/O hackathon-based program helping to fund and host events for students to create original designs or tech products. Students from the Electronics Club often utilize the ECE Makerspace, an area where innovation is encouraged.

“When I came to Ohio State and taught VSLI, I had to give up some of that making,” Bibyk said, explaining his passion for creating gadgets, which was momentarily halted. “The last five years have gone back to that making. I get that same feeling of putting the tubes in and getting the TV to work, that I do with the Makerspace, the Electronics Club, the hackathons; it’s that same adrenalin rush.”

A word of encouragement

Bibyk said he wished he would have become more involved with student organization earlier on in his Ohio State career, but he loves every moment now.

With spring semester coming to an end, many students may feel like their brain is mush. But he encourages them to find an organization once fall courses start, or even a creative summer activity to keep their mind fresh. He said school or work can be exhausting, but the club is the antidote.

“Be purposeful in your outer classroom activities,” he said. “Figure out something at Ohio State that gives you personal growth. That’s the new mission of a college student… Find that place, and if at first you don’t find it, don’t give up.”