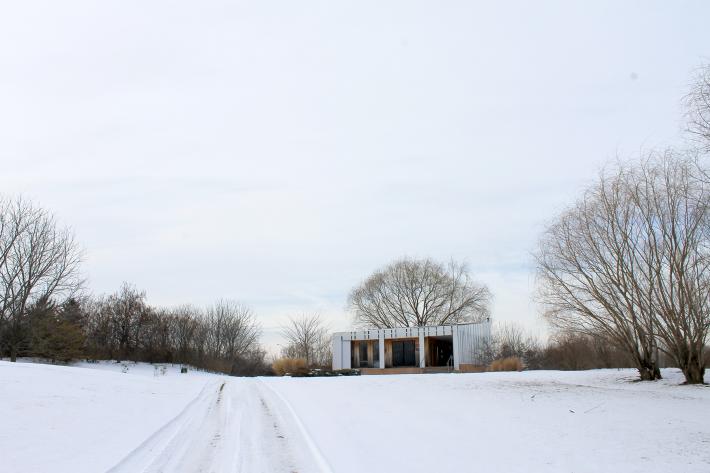 Electrical and Computer Engineering (ECE) Professor Paul Berger said enCORE is a hidden icon of sustainable energy at Ohio State. More efforts are underway to not only revive interest in it, but renew student involvement in solar-powered energy research across the university.

An internationally respected scientist in alternative energy, Berger’s research into how polymer solar cells are advancing autonomous and wearable technology is gaining tech media attention. He is also the faculty advisor to the Solar Education & Outreach (SEO) student organization on campus.

However, he said, after the project goal in Haiti was completed, and the changing political climate made finding a new site location challenging, the mission there was suspended. With no flagship event, of course, membership dropped.

“I was looking to have SEO students get more involved here at the enCORE house,” Berger said. 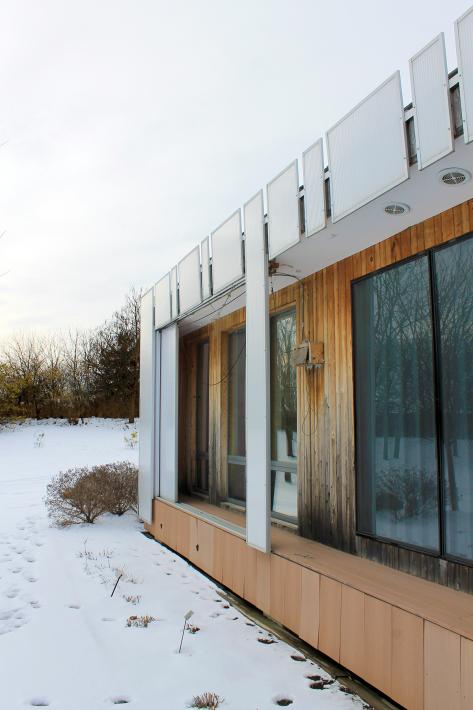 On a snowy day in February, he toured the property with Ohio State Department of Food, Agricultural and Biological Engineering Professor Lingying Zhao, and SEO vice-president Jerry Huang. Their goal was to set some plans into motion with the help of Don Hempson, director of International Initiatives in the College of Engineering.

“Ohio State is already going to Tanzania with many water-based projects, building on the strengths of the Global Water Institute,” he said.

“This is the shot in the arm SEO really needs to rebound back,” he said. “The key for some of these Humanitarian Engineering based service learning projects is you’re not only having contact with the villagers, but also with your peer group engineers. So, we’re officially trying to set that into motion.”

Berger said if the plan gets the green light, the SEO outreach trip to Tanzania would launch as a Spring 2019 offering for its members at Ohio State. Students are encouraged to join now and get involved. 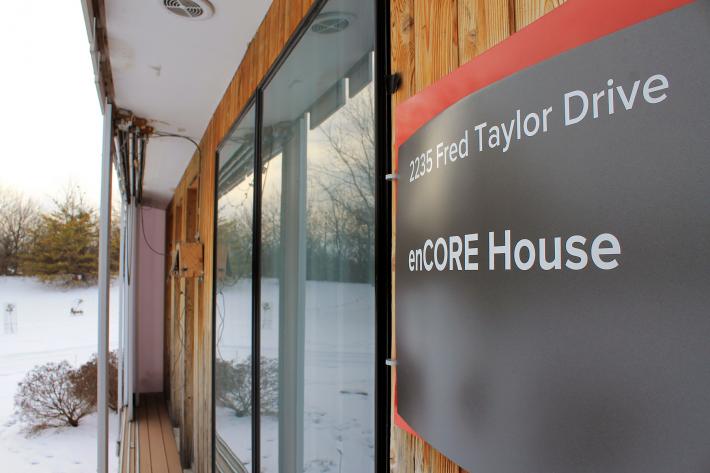 Meanwhile, this story is also about the enCORE house. Designed entirely by students in 2011, it was a finalist in the United States Department of Energy Solar Decathlon event held at the National Mall in Washington D.C. Universities across the nation competed to create the best sustainable and solar-powered home.

As it turns out, the Ohio State enCORE house is also a pretty nice place to hang out.

“Just take a look around outside. It’s a beautiful house and they also have a very beautiful location here. This is Buckeye Lake,” Zhao said.

She said the name of the house comes from the fact that its core consists of just two trailers, given new life as an off-the-grid sustainable home.

Still fully functional, although in need of upgrades, Berger said enCORE remains a point of interest on campus.

“I think this house is important,” he said. “Not only is it just solar panels on the roof providing some electricity, there are many components to the design – from passive heating, to storage and reclamation of water, efficient appliances, but also humidity control and insulation in the floor ceiling and walls.” 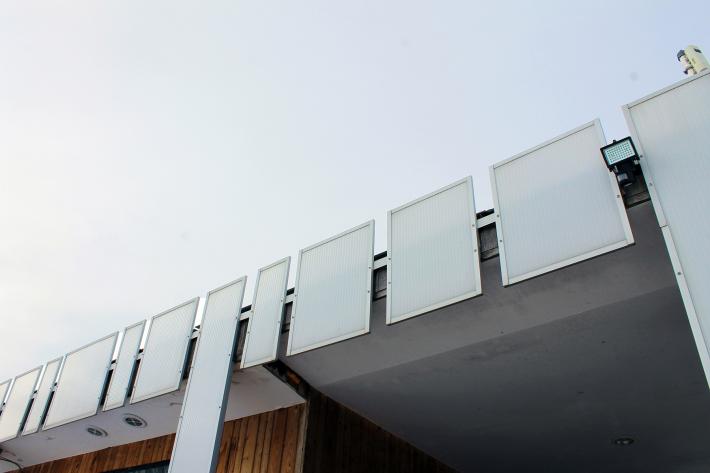 Students studying alternative and sustainable energy in the ECE program, he said, should also take note of what enCORE offers to their educational experience.

“There’s really many opportunities here. There were some systems that were never fully installed and there are other systems that could be upgraded. This may be an opportunity for senior capstone design projects,” Berger said. “Even promoting this, being able to have sensors determining what the current situation of the house is and being able to see this online. You can just log in and see in real time a picture of it, and how much electricity it’s producing. That would open it up to much a much broader audience.”

To learn more about SEO: https://seo.osu.edu

To learn more about ECE: https://ece.osu.edu

Watch a video on the topic: http://go.osu.edu/solart