From Oct. 21-22, approximately 750 students from around the Midwest gathered at The Ohio State University for the 2017 HackOHI/O STEM showdown.

Organized by OHI/O, the point is to bring together students from different educational backgrounds and bolster the tech community at Ohio State.

Out of the 15 groups taking home awards for their technological inventions that day, three featured students from the Department of Electrical and Computer Engineering (ECE) at Ohio State:

Fu’s team was even invited to present their work at The Opportunity Project Demo Day at the U.S. Census Bureau in Washington. The trip is sponsored by Teradata and its partners and took place this week.

Read the Ohio State College of Engineering's feature story on the event HERE.

Fu said his team continues to work on their hack for this presentation, along with finding ways to integrate and collaborate with Smart Columbus 2020.

Continue reading to learn what these ECE students created, why they enjoyed the hackathon and how their award-winning inventions could change the future. 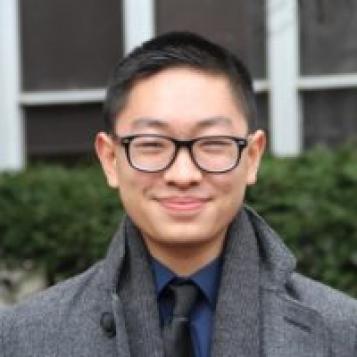 Team: George and the Buckbois

The mentors - their willingness to help (even early morning hours) got us through a lot of tough situations which would have led to hours of roadblock otherwise.

What is the meaning of your team name?

You're the first person to ask. Last year in FEH, Bobby Yost (also on team George and the Buckbois) and I were on a team with our good friend George Li, who now is an organizer at HackOHI/O. Because we liked to have fun, we named our robot "Paul & the Buckbois" after our FEH professor Paul Clingan. We never thought the name would get approved, but somehow it did, and we got stuck with it. Since George, unfortunately, was unable to compete with us this year at the Hackathon (organizers are restricted from competing for obvious reasons), we chose a name in homage to him. We didn't consider the possibility that we'd actually win, and our name would be announced to everyone.

Our application, Transity, is aimed at changing the way people think about their daily commutes and aids city planners in identifying and addressing problems in transportation infrastructure. We hope that providing custom "commutability" scores elucidates alternative methods of transportation that save time and reduce the carbon footprints of our growing city centers. 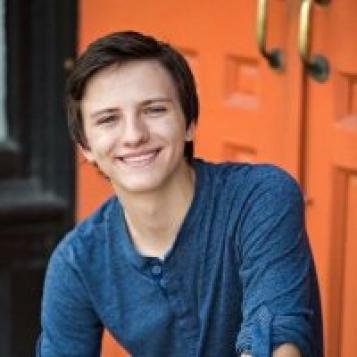 HackOHI/O was an all-around amazing experience. I think my favorite part of the event was that it was an opportunity where students are encouraged to be creative and ambitious and put our classroom skills to the test.

What is the meaning of your team name?

Our team name, SAVJ was really just the first letter of everyone's first name on our team (Stacey Kauntz, Alexander Reichard, Vicky Sandoval, Jamey Weyenber). Once we came up with it, it was so much fun to say, and we felt that it fit the project pretty well.

Encryption is a crucial element of our eternally connected society as privacy is on everyone's mind. While our project is meant to encrypt whole files, we want to look into procedural encryption. This method would essentially allow certain portions of a document to be read by a low-clearance key. Then, another higher-clearance key, or set of keys, would enable more of the document to be read, including the lower-clearance portions of the document. This method of encryption is highly sought after, specifically for semi-classified documents open to the public. 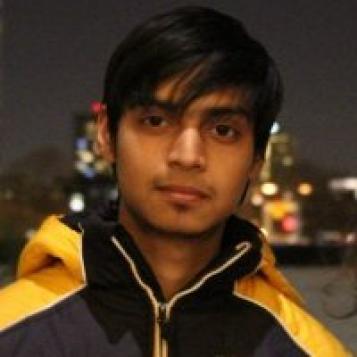 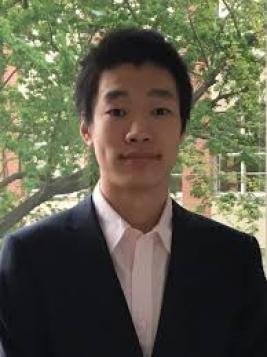 Hasan: The hackathon atmosphere. I hardly had any coding experience the first time I joined a hackathon, but I fell in love with the atmosphere. You have energetic people as your competitors, your teammates, mentors and then there's the tech talks and workshops hosted at the event as well. Everything is geared toward boosting creativity, and [the hackathon] motivates you to work on your idea tirelessly. Even if you don't get a project done, a hackathon is probably one of the best places to brainstorm.

Guo: I'm surprised I actually learned a computer vision library and imported it within 24 hours.

Hasan: The main focus of our project was to enable people with disabilities to interact smoothly with computers, whether they have paraplegia, have lost limbs, or anything that impedes the common user experience.

Guo: Augmented reality hardware has been accessible for a few years, but there aren't enough applications to them. We just need to make software to fit people's needs.

Going beyond the hackathon

Hasan: Our team has a broader vision as well. With the advent of VR/AR headgear, there has been a rise in new input technologies. Just as smartphones have become the new daily driver for our most frequent computer tasks, I see mixed reality as the next daily driver.

This project was the second part of three that I have envisioned, to create an open-source hardware platform for the development of future mixed reality products. Some would also call this HMI (Human Machine Interface) technology. I am very grateful to my team for supporting me on this path.