If fully developed, the funding could lead to unobtrusive and real-time diagnosis and treatment for such neurological disorders such as Alzheimer’s disease, traumatic brain injury, tremors, Parkinson’s disease, addictions, epilepsy and others.

These researchers are members of the Ohio State Discovery Themes Initiative in Chronic Brain Injury; both Kiourti and Krishna were hired through the program. Collaborating institutions include Florida International University (led by former Ohio State electrical and computer engineering professor John Volakis) and Arizona State University.

Kiourti said the goal of the research is to create a new class of wireless and batteryless neural implants to solve long-term reliability and safety issues in current brain implant technology.

“Current clinical brain implants have limitations due to their intracranial wires, batteries and heat caused by dense electronics,” the research states.

Recent work at Ohio State demonstrated effective wireless and batteryless brain implants, which are limited to single-channel recording, (i.e., recording from a single location within the brain).

"As would be expected," Kiourti said. "This prohibits realistic in-depth brain studies, which typically require neural recording from hundreds or even thousands of different locations within the brain. With this in mind, the team is planning to develop the first-ever wireless and batteryless neural recorders that are also scalable to thousands of channels."

The research states that the proposed sensor system will provide, for the first time, "a unique opportunity to capture brain activity in free-moving animals that perform planned, but normal, activities, and without interference from external wires or other electronics, visible or bothersome. The impact of this research can be profound on many levels. Specifically, the success of this research may ultimately result in real and accessible multi-channel brain implant recorders to improve human well-being, especially for people suffering from chronic neurological disorders.” 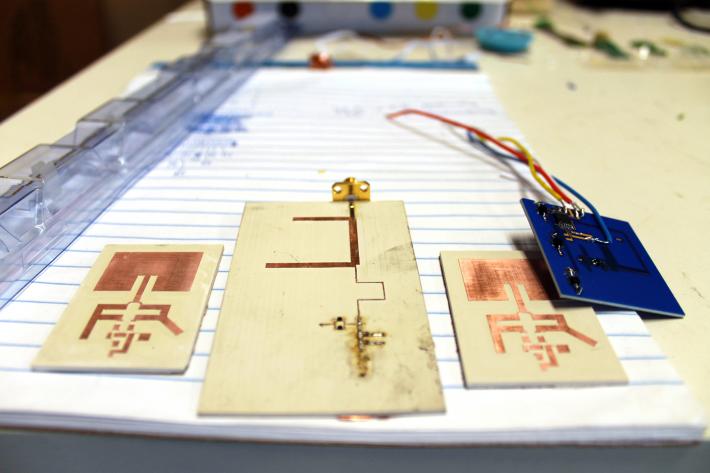 “It takes insight and courage to tackle these problems,” Ken Whang said, NSF Program Director in the Computer and Information Science and Engineering Directorate (CISE). “These teams are combining their expertise to try to forge new paths forward on some of the most complex and important challenges of understanding the brain.”

Kiourti and Krishna are hosting an open session for Ohio State researchers to explore their proposed devices and lab environment on Nov. 8 at 3 p.m. at the Davis Medical Center (480 W. Medical Center Drive in Columbus).

NSF distributed 19 awards in 2017 to cross-disciplinary teams across the United States to conduct innovative research focused on neural and cognitive systems. Each award provides a research team with up to $1 million over the next two to four years.

The awards contribute to NSF’s investments in support of Understanding the Brain and the BRAIN Initiative, a coordinated research effort that seeks to accelerate the development of new neurotechnologies.

NSF reported that the research projects awarded represent the “boundary-crossing efforts to push the frontiers of brain science” through support from the NSF Interactive Strategies for Understanding Neural and Cognitive Systems (NCS) program.