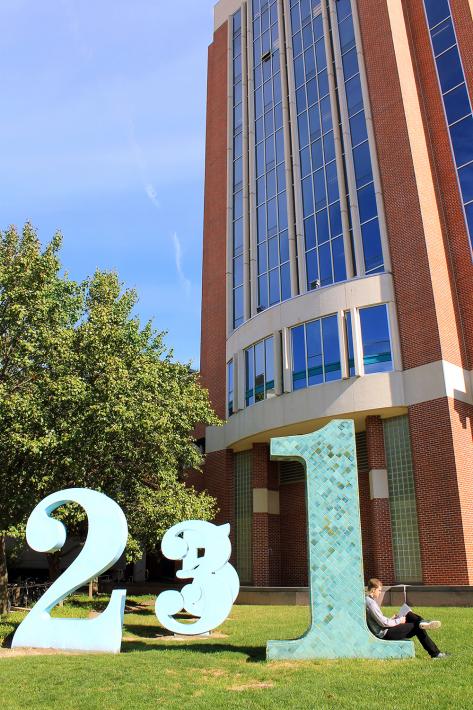 Effective art has a way of transcending time. Not only does it retain meaning, it reveals new perspectives along the way. 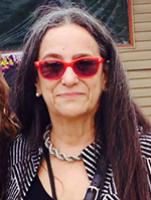 More than 20 years ago, Arizona-based artist Barbara Grygutis stood in the grass outside of Dreese Laboratories at The Ohio State University and envisioned a series of large free-standing number statues to help commemorate the new construction of buildings associated with the Department of Electrical and Computer Engineering (ECE).

What Grygutis created in 1994 was the Garden of Constants, a public arts display, which has steadily fostered a connection to the people of Ohio State over the decades. On any given day, students sit in the numbers to do their homework. Families take pictures of their young children to mark birthdays. The numbers serve as tables, benches, even university settings for portraits of faculty in engineering, mathematics and science. To mark the end of every semester, ECE graduating classes gather around the numbers for their traditional group photo and video. 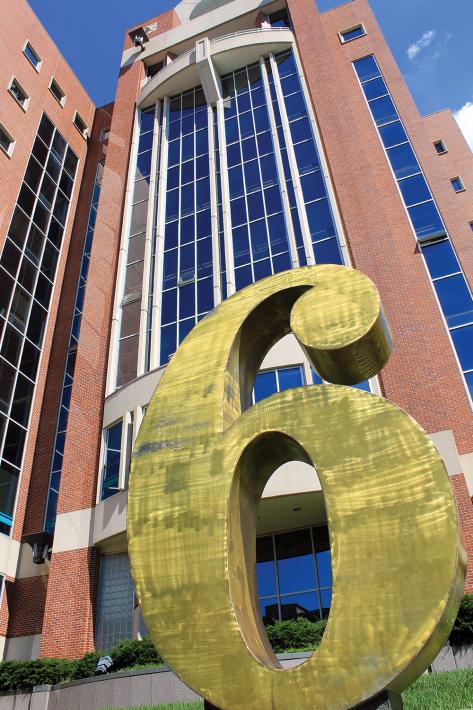 "It's like a flower bed of giant numbers stretching to the sky," Taylor Anderson said, a Westerville teen who visited the sculpture while touring Ohio State campus with her family.

Grygutis said the connection between people and art is at the heart of what she does, so hearing the space still gets so much use is thrilling for her.

“You always want to know that people are having some interaction with what you’ve created,” she said.

Grygutis also explained the thought process behind the creation. The Garden of Constants consists of two major components: 10 large number sculptures scattered throughout the site, and a collection of numbers and symbols set into the main walkway pavement. These insets are the mathematical and formulaic constants used primarily in electrical engineering and computer science.

Her overall goal was to draw a wider pedestrian audience into the art, taking advantage of the different viewing opportunities from surrounding buildings and walkways.

“This is a garden that invites and encourages us to ponder the meaning of numbers in our lives,” she said. 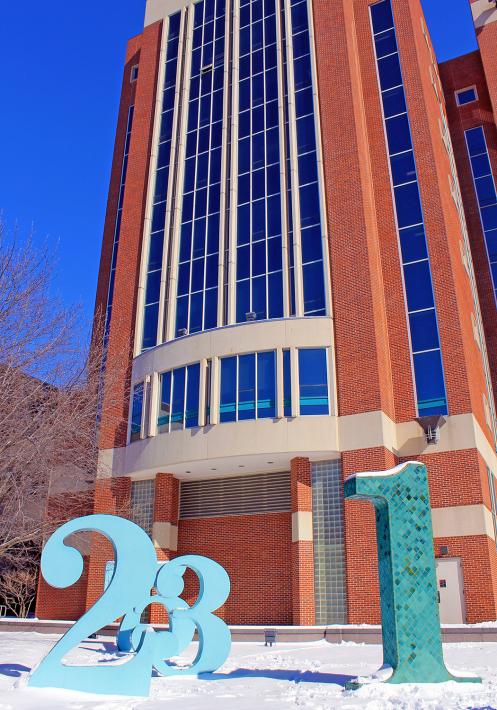 Grygutis envisioned large number sculptures in copper green and bronze, colors meant to pop in different ways during different seasons, changing the feeling in the space month after month. For example, “(becoming) beautiful and reflective when snow is on the ground."

When designing the artwork, Grygutis also learned an amphitheater was already being incorporated into the garden.

“It made sense to place the large zero there,” she said. “I later learned that a lot of people have their picture taken inside the zero because it looks like a big Ohio State logo. I never thought about that.”

When told the base of the large number “1” makes for a perfect homework chair, she laughed, “I didn’t think of that either.”

Most of the public artworks at Ohio State were paid for via the Ohio Percent for the Arts Program, created by lawmakers in 1990 to encourage the development of craftspeople in the state. Whenever the state legislature dedicates more than $4 million for a public building, 1 percent of the total is designated for public artwork.

Ohio State ultimately chose Grygutis to create her Garden of Constants among 130 artist submissions for the project, because her design best reflected the academic disciplines – Computer and Information Science and Electrical Engineering – now housed within Dreese Lab. When creating art for public spaces, especially universities, Grygutis said, educators either take a hands-on or hands-off approach. In the case of Ohio State’s College of Engineering, she was happy to have quite a bit of input on the concepts behind the numbers from faculty. 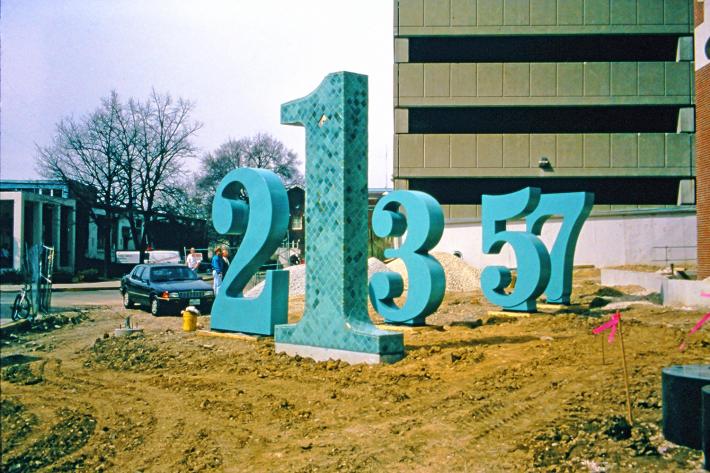 “The engineers were very interested at the time. The piece was really all for the engineers,” she said. “It was really based on the Number Theory. Of course, this was before all this tech and computer stuff, all the ones and zeros and binary.”

ECE Professor Bradley Clymer said he often incorporates the Garden of Constants into his classes.

“For several years, I have been using the large number sculptures in the Garden of Constants to demonstrate to my sophomore signals and systems classes how you can use multiple channels to convey information,” he said.

Not only do the numbers reflect amounts, Clymer said, they also convey information about color,materials and placement across the garden. Some are made of tiles, others granite or metal.

“For example, all of the turquoise numbers are noncomposite numbers,” he said. “Perfect squares and perfect cubes are lying down to be viewed from above. Perfect powers of two are constructed from granite because they represent digit places for binary number codes.”

Clymer said there is a special reason for the golden number six, but he likes to keep that a secret for his students to figure out themselves.

Grygutis also created the hundreds of tiles used in the artwork by hand. 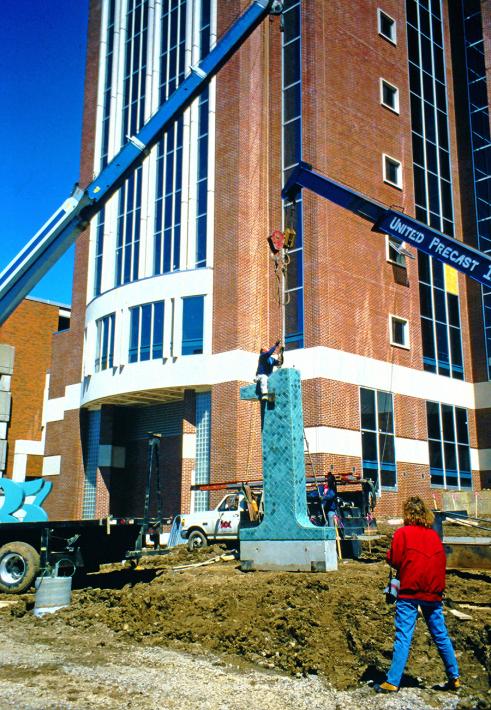 “At the time, quite a bit of my artwork incorporated tiles in some way,” she said.

Ohio has a 200-year-old tradition of manufacturing and using ceramic tiles in building construction, she said, which she hoped to honor.

Grygutis said it feels good knowing her sculptures in the garden have retained such a tie with the people of Ohio State. Art has a way of being relevant sporadically, she said, perhaps it was significant once, but the concept was lost over time as society changes. Twenty years later, she said, the artwork may become relevant all over again as the cultural context changes.

“I’m glad they like it that much,” she said. “It’s very exciting to see this much time pass and it still be relevant in some way.” 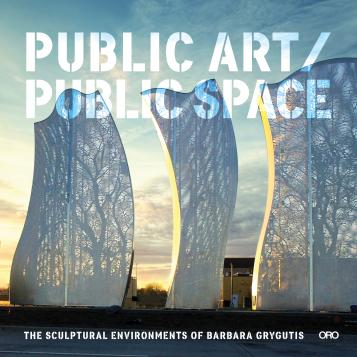 The Garden of Constants is featured in a new art book Grygutis released this year. Purchase a copy online here: http://www.oroeditions.com/book/public-art-public-space

Learn more about the Garden of Constants from her website at: http://www.barbaragrygutis.com/garden-of-constants/