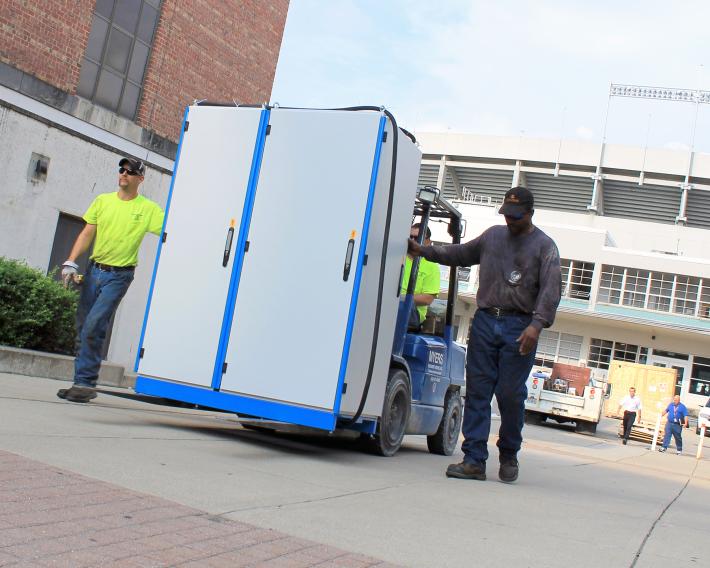 The Ohio State University got a major boost in photonics research with the addition of more than $1 million in new laboratory equipment this fall.

Photonics is the physical science of manipulating, detecting or generating light, typically in the range of visible and infrared. 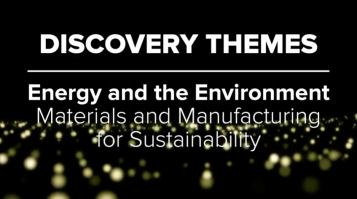 Watch a short video of Krishna discussing the new equipment and its role in the university's Discovery Themes initiative.

Krishna said the new AMBER system allows Ohio State researchers to build semiconductor crystals typically used in electronic and photonic devices, such as infrared detectors. The equipment expands upon Ohio State’s ability to assist businesses with the commercialization of new electronic prototype designs in this realm.

“Ohio State will be one of the only universities in the country that has the ability to actually manufacture antimonide-based materials using these technologies,” Krishna said. “It will allow us to have the capability of doing everything from the fundamental materials, all the way up to doing prototyping of subsystem integration.”

Commercialization is an important aspect of the university’s overall Discovery Themes initiative. Krishna was hired at Ohio State in 2016 as part of the larger Energy and Environment Discovery Theme, with a special focus on Materials and Manufacturing for Sustainability (M&MS).

The new equipment also benefits related Ohio State organizations, such as the Institute for Materials Research (IMR) and the Center for Design Manufacturing Engineering (CDME). 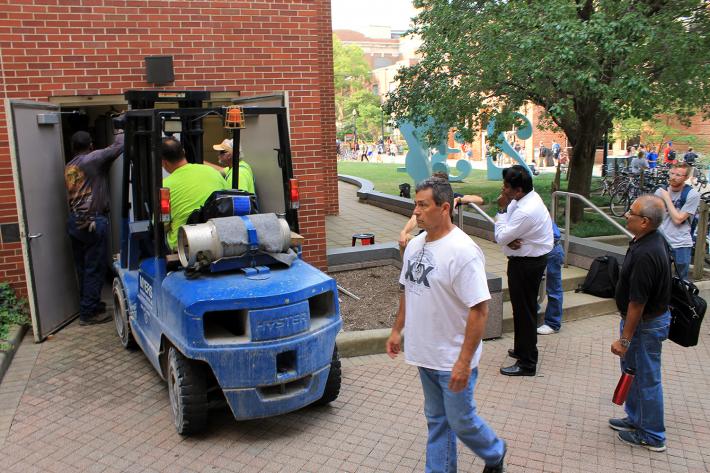 “We have done this a few times since our first molecular beam epitaxy machine was installed back in the early 1990s,” he said.

The arrival of the equipment became a bit of an event, as it fell on the first day of autumn session classes on Aug. 22. Students gathered in curiosity as the large equipment was transported carefully to the basement of Dreese Labs.

Krishna helped explain the complex science behind it all.

“Molecular beam epitaxy refers to the condition of growing very high quality crystals, atom by atom, which is what we call ‘bottom up self-assembly.' It’s like building Legos in your garage, except you are building them with atoms," Krishna said. “We are actually building the ecosystem for the local industry partners and the small businesses to be able to fast track an idea from the concept stage to an actual product. Small businesses don’t have to make huge investments in capital. The whole idea of the Discovery Themes was not just to do the science, but also do some of the technology development and commercialization.”

IMR is a campus-wide, multidisciplinary institute that works with Ohio State colleges and departments to augment and synergistically advance their goals. IMR facilitates, promotes and coordinates research activities and infrastructure related to the science and engineering of materials throughout the university. Website

About the M&MS Discovery Theme:

The Materials and Manufacturing for Sustainability Discovery Theme focus area is an Institute for Materials Research-coordinated, university-wide program that was one of seven proposals selected for funding through Ohio State’s Discovery Themes Initiative.

The M&MS focus area will enable Ohio State to become pre-eminent in the field of advanced materials for sustainability by building on existing interdisciplinary strengths in materials, world-class facilities, and nationally-recognized centers of excellence, and by exploiting both industrial consortia and recent strategic investments that will enable an academically driven discovery-to-deployment paradigm. Website