Posted: July 17, 2017
Cleveland-native David Stack has always been an entrepreneur. At age five, he dove for pond-sunken golf balls and sold them off. As an adolescent, he fixed up broken items and peddled them at flea markets. And once enrolled in the electrical and computer engineering major at The Ohio State University, he started thinking about music and the future of retail.

“Music has always been important to me,” Stack said. “I would go down to the record stores on High Street every day, it was a sort of a compulsion. But you didn’t really have the Internet back then.”

Being the early nineties though, the Internet and the World Wide Web were on the rise. Even before graduation, the early stages of his next venture, MusicStack, began. He would go on to sell vinyl, records and CDs online.

“I didn’t really plan for it to happen,” Stack said. “Throughout school, I was selling stuff out of my dorm through the Internet, it was just a way for me to liquidate music I didn’t really like and to get more money to buy more music.”

Selling music online was a cutting-edge decision for the time, Stack said, yet seemed natural because he had a vast understanding of computers and coding.

As years passed, and Stack made his way through Ohio State, he learned more on coding and web designing, which helped MusicStack grow. He eventually gained a following by selling off his inventory of used records, mainly in the genre of 1980s alterative. He discovered keeping a large selection of music was difficult after entering the work force post-college.

“A little light bulb went off,” Stack said. “I didn’t want to become a record store, that’s not what I went to college for, but I didn’t want to let the [followers] down. So, I had the idea to help the record stores… sell their current music to my followers through a website.”

Today, MusicStack is a marketplace with more than 1,400 merchants from all around the world. The site has become very automated; Stack receives commission from each sale, and recently, he obtained a patent for creating an easy method for vendors to upload their content onto the site.

His knowledge of creating a successful online business allowed him to eventually design and currently operate a total of 10 websites. MusicStack remains his most popular though, and managing these sites became his full-time career. 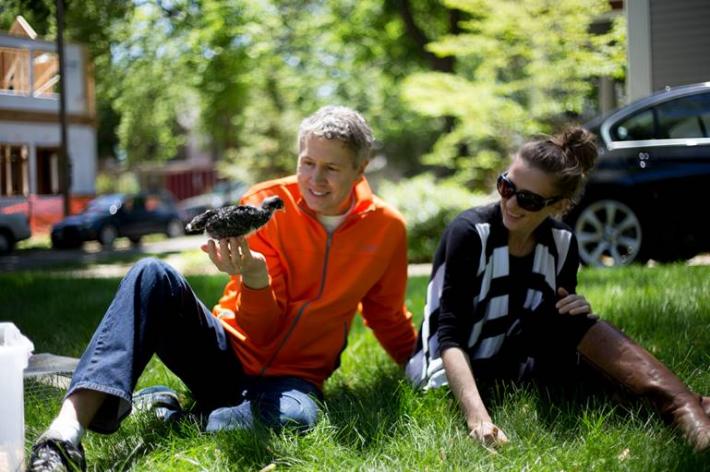 “I like the freedom and flexibility to do basically whatever I want,” Stack said. “Since it’s only me… if I think, ‘Hey, I need to improve this or add this graph or make this function,’ I just do it and give it a try.”

After years of building up the site, and making it easy to use, Stack now finds himself with more free time to enjoy his hobbies of making honey, building electrically-enhanced coops for chickens, and showing off his preserved Victorian home in Cleveland.

“Luckily, I’ve done really well over the years with my businesses. So now, I’m only 46 and I consider myself semi-retired,” he said. “I can now choose to focus my energy on things I want to improve on, whether it be MusicStack or other interests.”