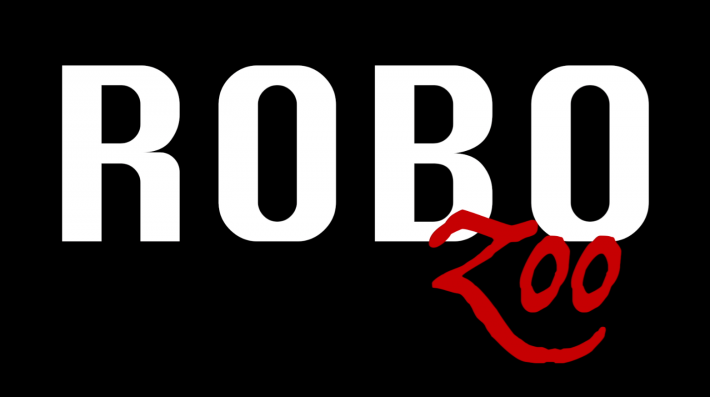 Tears of joy aren’t typically associated with science and technology, but they were indeed side effects of the recent RoboZoo STEM camp for children at The Ohio State University.

For three days, inside Hitchcock Hall on Ohio State campus, over a dozen youngsters sat coding, cutting cardboard, applying glitter and crafting robotic arms. An alumnus even donated his old Erector Set from the 1950s.

On the final day, parents arrived to see the big reveals. Watch a video recap of the camp and see pictures from the event here.

“I am getting choked up just watching these kids,” Dr. Betty Lise Anderson said, blinking.

As associate chair of Ohio State’s Department of Electrical and Computer Engineering, and a faculty mentor for the camp, Anderson said each child overcame hurdles to be there, economic or personal. 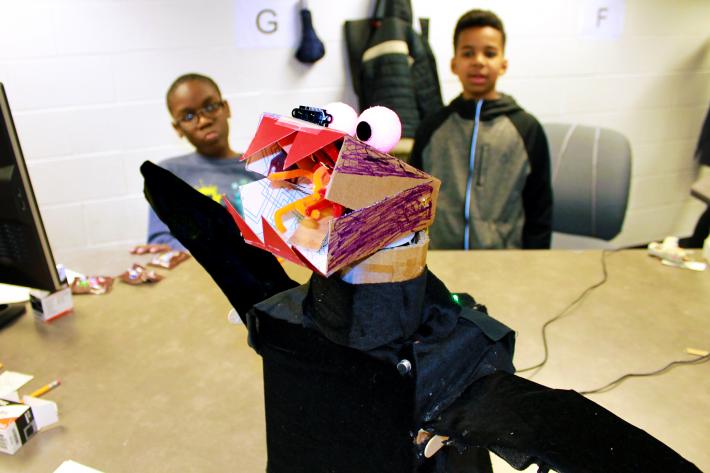 In fact, the bus to Ohio State initially left behind a third-grade girl who was too young to participate. She broke down in tears when the bus left, only to cheer up when everyone collectively decided to turn the bus around and take her anyway.

“I think she is much smarter than most girls her age, so it worked out,” Anderson said. “Some of the older girls took her under their wings. She’s doing great.”

Ohio State engineering students, Clayton Greenbaum and Polina Brodsky, initially honed in on the idea of creating a robotics camp for kids. The two pitched their “RoboZoo” hackathon concept last spring during the TechHub Student Project Development Grant Competition, ending up among the winners greenlighted to move forward into development. The Ohio State Office of Outreach and Engagement matched funds to help make it happen. 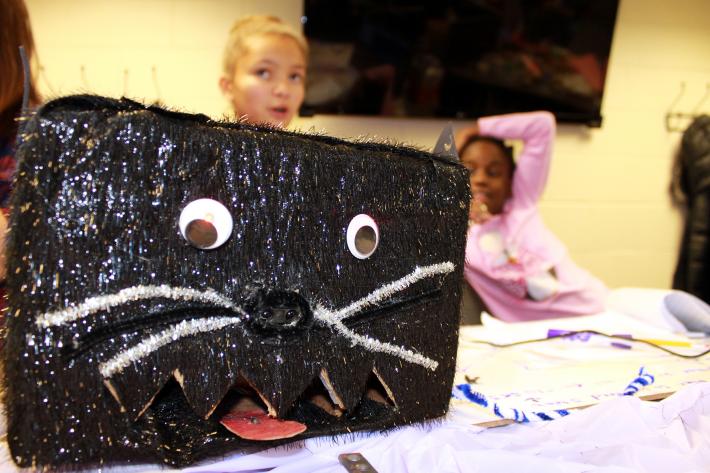 Greenbaum and Brodsky said they were motivated by their own experiences taking part in hackathons as college students. They felt that same energy and motivation could inspire children too.

“It’s a time in your life when you’re trying to figure out what you want to do,” Greenbaum said.

For the uninitiated, makeathons are sleepless 24-hour events in which college students design, build and present finished engineering concepts before their peers and industry reps.

Standing in the hallway of Hitchcock Hall on Jan. 29, Greenbaum said the RoboZoo camp turned out much better than he thought.

“They were really enthusiastic about it. I think that our idea of a makeathon for middle schoolers really did work well, and it really engaged with them,” he said.

From a teaching standpoint, a lot of the plans were scrapped after discovering the kids really just wanted to build the robots.

“We had to do a lot of on-the-fly adaptation of our planning, and less of me lecturing to the students, which was good because I lost my voice this weekend,” he laughed. 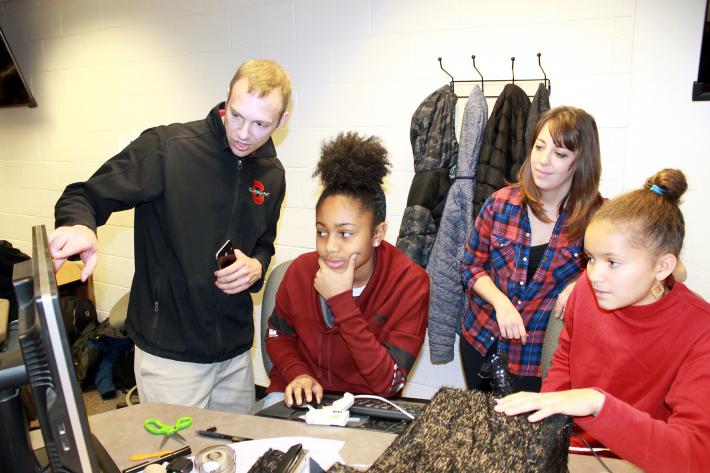 There was some concern the kids would just glue together some cardboard and nonchalantly say they were done, he said, but the creations that unfolded throughout the camp proved otherwise.

Some highlights: A scary teddy bear monster, a voice-activated penguin with flapping arms, a red-eyed robot with a big attitude, a panther that just wants to be left alone while eating a steak, and a realistic lion with clamping jaws.

Over in one corner of the room, three boys having trouble working together learned how to compromise – sort of. One wanted to build a turtle, another a rattle snake and the other a fish. They finally agreed on a “Turtle-Rattle-Fish,” a rare breed of robot by any definition. They ended up winning the "Most Complex Robot" award.

Hopping along on crutches from a hurt foot, another young girl carefully navigated through the crowded room of kids working on projects, undeterred.

Taj Bakare is an engineer with CT Consultants in Columbus who also volunteers with the Delaware Second Ward Community Center. He helped drive some of the middle schoolers back and forth to the RoboZoo camp.

“They enjoyed the last three days. It was awesome,” he said. “I think this is one of our best outings from the past two years.” 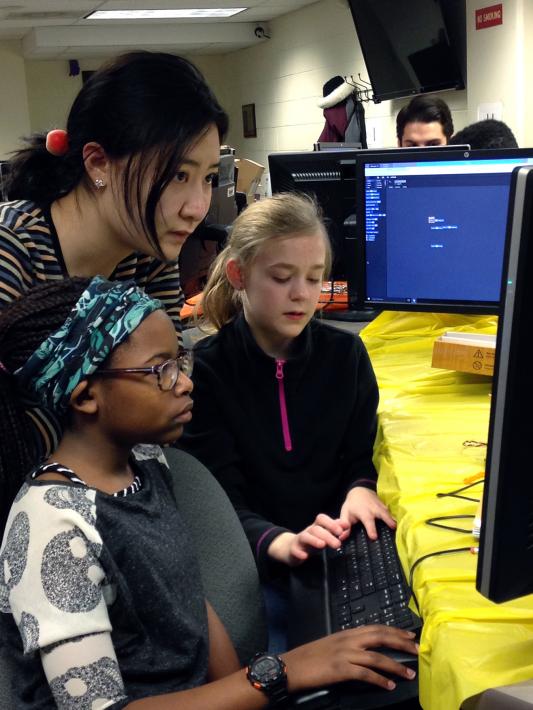 Parents at the event said they were amazed what their kids could build. One woman said RoboZoo was helping to give them all confidence to succeed, and to learn the importance of giving back to their communities.

“I have never volunteered with kids, but I really like working with robots,” Jennifer Semple said, a welding engineering student at Ohio State and another RoboZoo volunteer. “I thought it would be a really cool experience to be able to teach these guys about robots. It’s something that will come in handy for anybody, once they grow up. I hope they keep with it.”

As for the third-grade girl who almost didn't get to go because of her age, her team won two awards for engineering and teamwork.