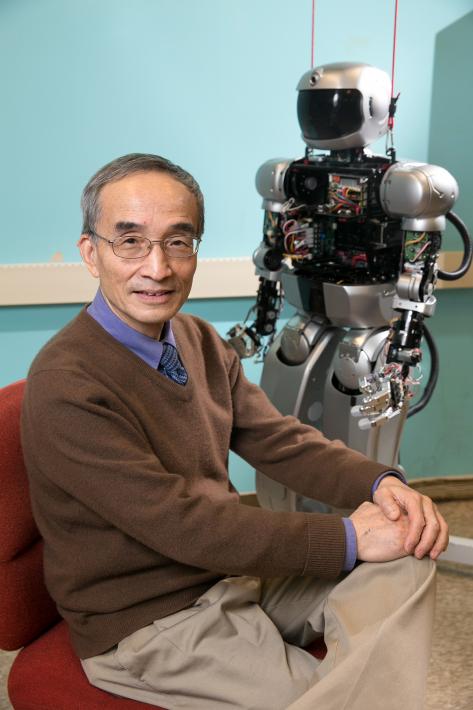 A leader in robotics research for more than 35 years, The Ohio State University named electrical and computer engineering professor Yuan Zheng Innovator of the Year in 2016.

As Ohio State continues to expand its role in the commercialization of research, it is important to create an environment that facilitates and rewards research creativity and entrepreneurship. To support and stimulate entrepreneurial activity among Ohio State researchers, three university-wide awards were presented on January 25, 2017, to Ohio State’s most successful entrepreneurs.

In 2014, Zheng developed the Circular Wave Drive (CWD), a compact and co-axial gear head that allows for speed reduction in rotational motions. Speed reducers represent 36% of the total cost of an industrial robot. Yuan’s CWD was developed as a replacement for the traditional Harmonic Drive Gear (HDG) technology used widely in the robotics industry. The HDG technology uses a special metal alloy that has to be replaced every two years and requires expensive high precision machining.

Zheng’s CWD technology, however, overcomes the shortcomings of the HDG. He developed a low-cost, compact, highly-efficient, ruggedized speed reducing gear system. He increased torque capacity and the life span of the gear by eliminating the use of flexible materials in the design. This invention could mean the formation of a new market of ultra-fast, high-precision steering and automation beyond robotic joints. 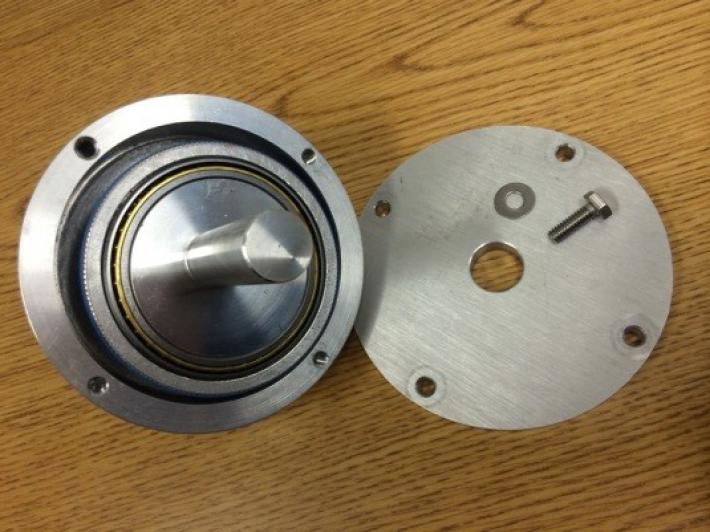 IKOVE, a local venture capital company, licensed his technology from the university in 2015 and founded a start-up company called CWD LLC. One U.S. patent was approved in November, and one international patent is filed. Funding from the Ohio Third Frontier’s Technology Validation and Start-up Fund was used to design and fabricate a prototype CWD.

Zheng said the second prototype was designed and is currently in the fabrication process. He said faculty and staff of the ECE Department helped develop advanced performance testing of the precision gear box, with a notable contribution from laboratory supervisor Bill Thalgott.

The Innovator of the Year awards recognize Ohio State researchers who are working actively to promote commercialization of university intellectual property, through invention disclosures filed, patents applied for and/or received, technologies licensed or spin-off companies formed. These activities support economic development in the Central Ohio region, and serve to attract companies that create a base of operations within the state.