RoboZoo set to inspire the next generation

Posted: January 17, 2017
What happens when you take a handful of teenagers and teach them how to build a bunch of adorable little robots? Perhaps, the next generation of Ohio engineers.

The two pitched their “RoboZoo” hackathon concept last spring during the TechHub Student Project Development Grant Competition, and ended up among the winners greenlighted to move forward into development.

After a whole lot of planning and work, their hackathon camp for teens is now a reality, scheduled to take place Jan. 27-29 at Rm. 426 Hitchcock Hall on Ohio State campus. They also already held a dry-run for the camp at East High School in Columbus.

“Everything is falling into place nicely,” Brodsky said. “We still have some work to do finalizing our mentor list and lesson plans, but we are excited for the event to start and to see what these kids come up with.”

For the uninitiated, hackathons are infamous whirlwind engineering sessions in which students design, build and communicate a technological concept, often in just 24 hours.

Inspired by the efforts of the Ohio State K-12 Engineering Outreach Program, led by Department of Electrical and Computer Engineering Associate Associate Chair Betty Lise Anderson, Greenbaum said the goal of the RoboZoo concept was to do something on their own to help further the cause. The camp is intended to introduce basic concepts, such as computer programming, engineering and teamwork, by providing an opportunity for teens to design and build robotic animals in the classroom. The robots are made of simple materials, like cardboard, and microcontrollers.

Both Brodsky and Greenbaum are no strangers to the world of hackathons at Ohio State.

“The experience was definitely a driving force for my involvement with this project,” Greenbaum said. “The excitement and sense of achievement that is inherent in hackathons is really electrifying and I wanted to bring that to younger kids.”

He said the thrill of these projects is essential for young students still looking to find their path in the world. They often face seemingly impossible problems, only to figure it out and succeed.

“I can’t wait for the students to say, ‘This is too hard!’ only to look back on it at the end and see that they accomplished something they didn’t know they could do,” Greenbaum said. 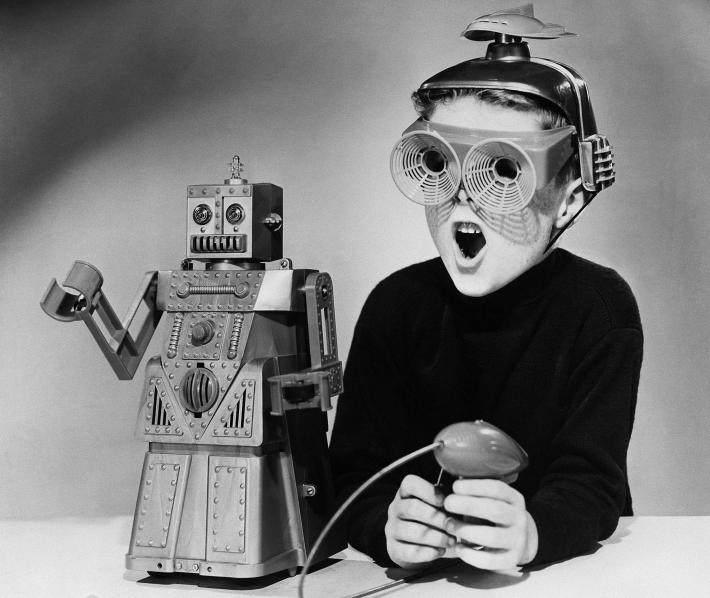 It is important to keep in mind, he said, technology has only taken on such a large role in human life over the past couple centuries, changing the daily lives of ordinary people – from computers, cell phones, internet, social networks and more. Children today are unique in that they have no concept of life without it.

“It’s essential that we educate and equip them with the tools they need to have a voice in shaping the technology that will shape their lives,” Greenbaum said.

Anderson said the pet robots are designed to interact with the children, keeping their interest because they see and experience the immediate results of their work.

“For example, if you ‘feed’ the robot a post-it note, it flaps its wings or does a dance,” she said.

Brodsky said they reached out to Central Ohio students and found 18 middle-schoolers who were enthusiastic about participating in the upcoming hackathon camp, ranging in age from grades 6-8.

“We are very excited that exactly half of our attendees are girls,” she said.

Another aspect of the camp environment, Brodsky said, is that young students are teamed up with engineering mentors guiding them along as they create.

“I, personally, am eager to see the transformation in these kids over the time that they will be in the camp. I think most of them have little programming experience, so hopefully we spark some interest in these students through this activity and at the end of the camp some of them will come away with an appreciation for engineering, technology, and programming,” she said. “Hopefully, this activity can turn these kids into the next generation of makers.”

For media interested in attending the final robot reveals during the Jan. 29 presentations, contact Ryan Horns at horns.1@osu.edu.