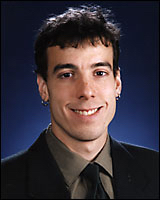 The IEEE Signal Processing Society named a research team in electrical and computer engineering (ECE) at The Ohio State University among its 2016 Best Paper Award winners.

ECE Prof. Philip Schniter's team won for its work on the two-part paper: "Bilinear Generalized Approximate Message Passing - Part I: Derivation" and "Part II: Applications", published in IEEE Transactions on Signal Processing, Volume 62, No. 22, November 2014. The first author of the paper, Jason T. Parker, earned his BS, MS and PhD degrees in ECE at Ohio State and is now with the Air Force Research Lab in Dayton. The winning team also includes Prof. Volkan Cevher from Ecole polytechnique deferale de Lausanne in Switzerland. The work was supported by grants from the National Science Foundation and DARPA/ONR. 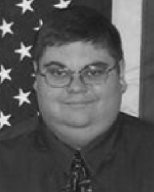 From 1993 to 1996 Schniter was employed by Tektronix Inc. in Beaverton, OR as a systems engineer. After earning his Ph.D. degree, he joined the Department of Electrical and Computer Engineering at The Ohio State University, Columbus, where he is currently a Professor and a member of the Information Processing Systems (IPS) Lab. From 2008 to 2009, he was a visiting professor at Eurecom, Sophia Antipolis, France, and Supélec, Gif-sur-Yvette, France. In 2003, he received the National Science Foundation CAREER Award.

The society organizes numerous conferences around the world every year, focusing on the innovations shaping the future of signal processing and future innovations.