Keeping a 'watch' on health

As smart devices continue to open the doors of possibilities, engineers at The Ohio State University are finding new ways to help people monitor and detect their health problems through real time technology.

The latest MIT Technology Review reports this work has resulted in a set of new gadgets capable of collecting a variety of raw, reliable sensor data, while remaining fully powered throughout the entire day. Because MD2K’s work is open-source, manufacturers such as Apple, Garmin, and Samsung could use the project’s designs to build similar sensors and apps for their own wearable devices.

While the technology behind wearable health devices has maintained limited commercial viability because of battery issues, data management and sometimes questionable results, the MD2K project combines the research capabilities across 12 different universities to solve such issues. 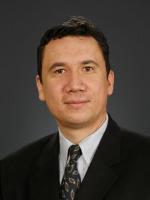 Ertin said this allows for a "stress biomarker" on smart devices not currently available at affordable prices or adequate reliability levels.

Why is measuring stress levels through heart rate variation data important? Ohio State researchers are working with their team counterparts at Northwestern to figure out, for example, what leads people who have quit drinking alcohol or smoking to relapse. The data is also useful in helping heart disease patients avoid hospitalization. Pop up messages on smart devices could potentially notify wearers of dangerous health signs before they occur.

Among the gadgets created by the MD2K team, EasySense uses micro-radar sensors to measure heart activity and lung fluid volume from a device worn on the chest. Additionally, AutoSense is a chest-band that produces electrocardiogram (ECG) and respiration data. All three gadgets stream their data via Wi-Fi to a smart phone software platform and translates it into digital biomarkers about the wearer’s health status and risk factors.