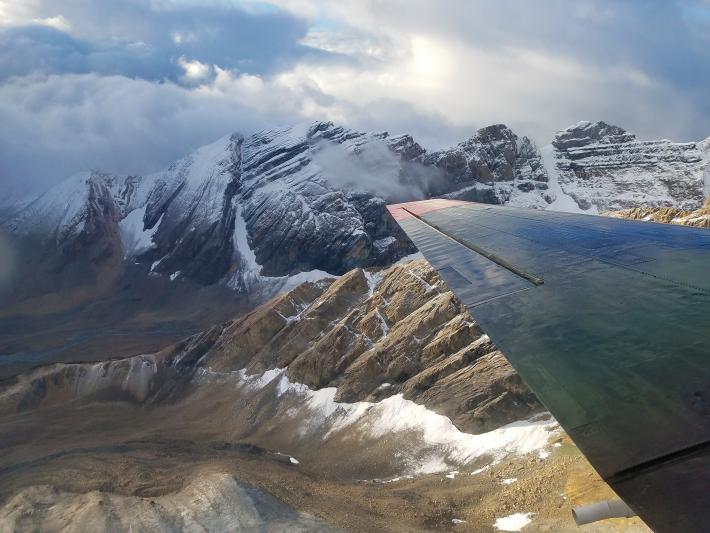 Two researchers from The Ohio State University recently returned from a journey measuring the internal temperatures of the Greenland ice sheet.

What makes this feat so impressive is for the first time they did it from an airplane.

Their work explores options for how scientists gather future data to help advance climate science and further understand the movement of glacial ice around the world.

Project leader Joel Johnson, Professor and Chair of Ohio State’s Department of Electrical and Computer Engineering, said the ice sheets of Greenland and Antarctica play an important role in the global climate. Knowing the temperature of the ice at different depths is central to modeling ice sheet movement behavior.

“They contain about 70 percent of the world’s fresh water, and gauging temperatures deep beneath their surface is a critical way to predict how they might evolve in the future,” he said. 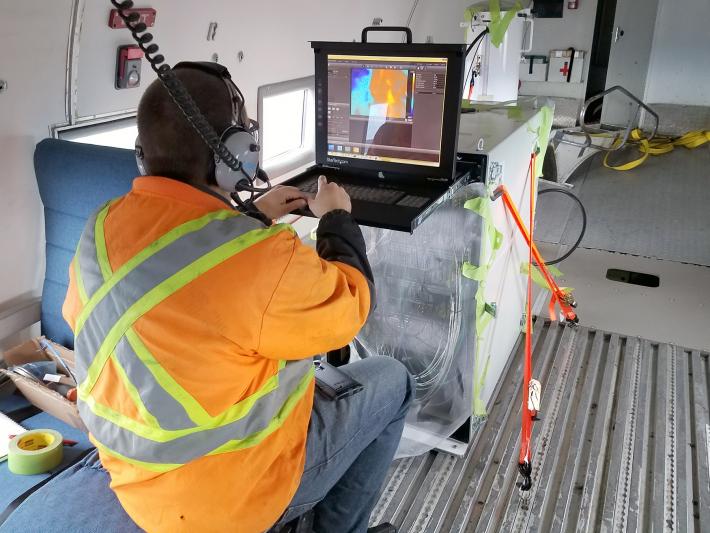 Professor Ken Jezek, a glaciology expert with Ohio State Byrd Polar Research Center, said the UWBRAD technology is “vastly more efficient” at measuring glacier subsurface temperatures over current methods – sending ground crews out to drill boreholes into the ice, up to a mile deep in some locations. He said this drilling is not only dangerous, it's expensive, and only a few holes were ever created.

Conducting ice sheet thermometry from an airplane or even a spacecraft, he said, is faster, cheaper, and allows for readings over much greater geographic areas.

In this regard, the UWBRAD mission sets a new precedent. 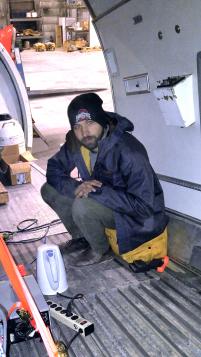 “There is currently no way of getting temperature information below the surface,” Andrews said. “The surface temperature you can get through various means, but that doesn’t tell you much information about what is going on underneath. There hasn’t been any particular way of trying to figure that out yet from remote sensing. So, this is a first attempt at it.”

Belgiovane said his primary role on the mission involved working with project co-leader Chi-Chih Chen in the design of the antenna and assisting Andrews on the mission. He was involved in building the antenna from its initial concept and testing to its eventual flight deployment. The antenna had to withstand the rigors that come with being attached to the bottom of a DC-3 aircraft camera port in mid-flight. It did so successfully.

The point of the Ohio State research mission to Greenland this year was to test the hypothesis: Can their microwave radiometer collect information to use in determining subsurface ice temperatures?

Despite some challenges on the trip, Andrews said, the readings proved successful.

“(UWBRAD) looks promising,” Andrews said. “We can tell that we’re getting radiometric readings and they are pretty stable.”

The UWBRAD sensor is a specialized microwave radiometer designed to receive the naturally occurring low-frequency microwaves given off by the Earth. Because UWBRAD measures these microwaves at different frequencies, which correspond to different depths inside the ice sheet, it becomes possible to determine the temperature of ice hundreds of meters below the surface without boring holes. 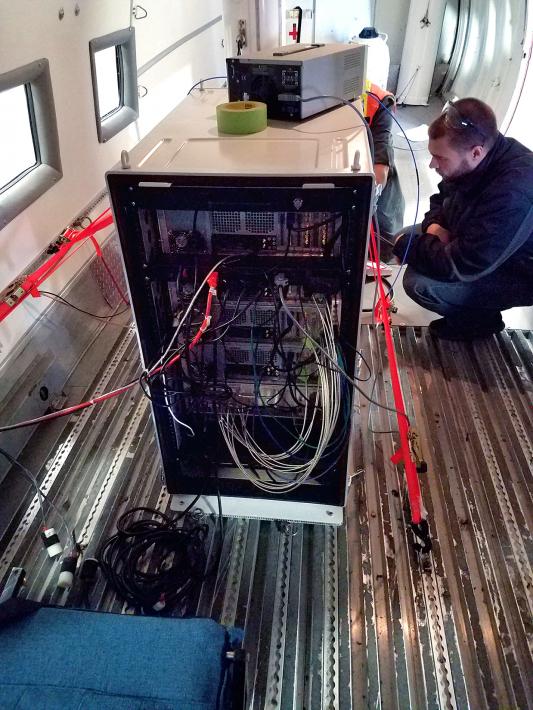 “One of the ways I usually describe how the instrument works, and radiometry in general, is that literally we are looking at the world in a different light,” Andrews said. "This radiometry is an even lower frequency than infrared, that's one way to help people understand what we're looking at."

Andrews said the inspiration for UWBRAD came about because radiometers in space detected a brightness temperature anomaly over Antarctica. That anomaly lined up with the location of Lake Vostok – the largest of Antarctica’s almost 400 known lakes hidden underneath the glaciers. This discovery highlighted the potential of their work for observing features occurring beneath the ice sheet surface.

Unfortunately, Andrews said, while retrieving data over Greenland the instruments shut down twice, and man-made radio frequency interference (RFI) emitting from the more heavily populated areas clouded out some results as well.

Despite the challenges, he said, the UWBRAD team will present their data to NASA this month to see about returning to Greenland for a second attempt.

“We would definitely would like to go again,” Andrews said.

Both researchers said they are grateful for being able to work on the UWBRAD project.

"Not many graduate students get to have such a great experience of having their work be flown on a science campaign and even less get to go along for the ride," Belgiovane said. "I had a very unique opportunity."

One of the downsides to such a scientific mission, Andrews said, was that the team was often too busy making sure everything was working to sit back and enjoy the experience of flying over the glaciers. 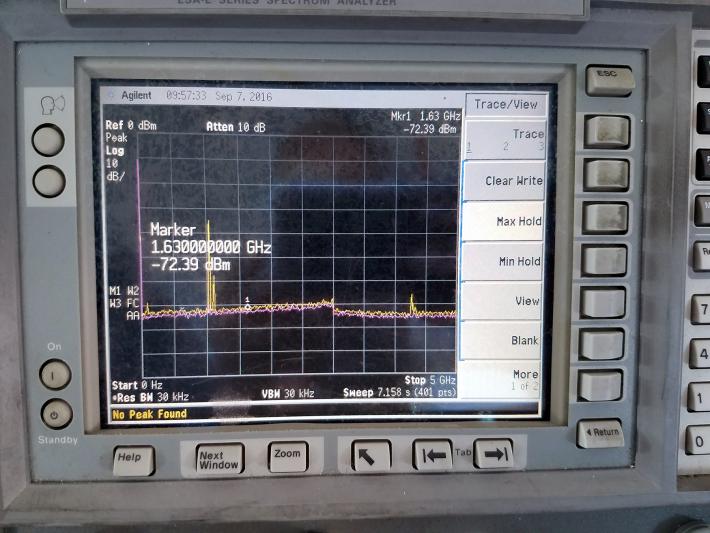 “It definitely was an interesting experience,” Andrews said. “We’re at the airbase and there are these arctic foxes walking around. It was obviously very beautiful looking out the windows of the airplane.”

Categories: In the NewsFacultyResearchStudentsGraduating Students