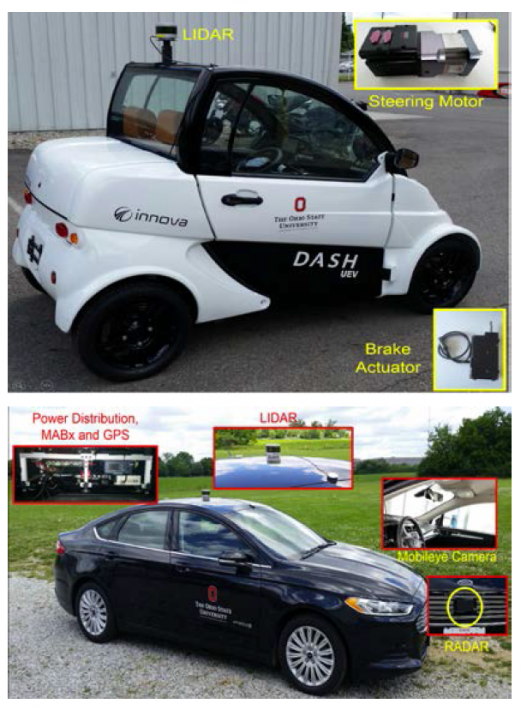 Engineering professors at The Ohio State University recently won funding from the National Science Foundation (NSF) to help advance their role in the #SmartCityColumbus initiative.

NSF’s Early-concept Grants for Exploratory Research (EAGER) program will provide $200,000 in funding over the next two years from its Division of Computer and Network Systems for the ECE-led project, “Unified and Scalable Architecture for Low Speed Automated Shuttle Deployment in a Smart City (UNIFY).”

The overall goal is to develop a low-speed fleet of automated vehicles within a Smart City environment, eventually showcased in a proof-of-concept demo at the Easton Town Center outdoor shopping area in Columbus. Ohio State faculty involved in the project said the fleet will eventually help transport pedestrians and senior citizens from bus stops and parking areas toward shopping facilities.

The new funding is another feather-in-the-cap moment for ECE and its role helping to advance Columbus via the sustainable Smart City initiative. The project works in support of the SmartShuttle and SMOOTH II National Institute of Standards and Technology (NIST) Global City Teams Challenge (GCTC) technical cluster projects of the City of Columbus and Ohio State.

ECE Principal Investigator on the project, Levent Guvenc, who shares professorial duties with both the Ohio State Department of Electrical and Computer Engineering (ECE) and the Department of Mechanical and Aerospace Engineering (MAE), is joined in his work with co-PIs Bilin Aksun-Guvenc (Ohio State Center for Automotive Research and MAE) as well as Keith Redmill (ECE).

The NSF funding will help create the architecture for the SmartShuttle concept and reveal how it is scalable and replicable from a small, low-speed vehicle platform, to that of a standard passenger car.

"This project will help the development of Columbus as a Smart City, having a broad impact on the mobility choices of its inhabitants," according to the research abstract. "The proposed use of small electric shuttles as a first-mile, last-mile solution will improve their quality of life as a safe and reliable mobility solution.” 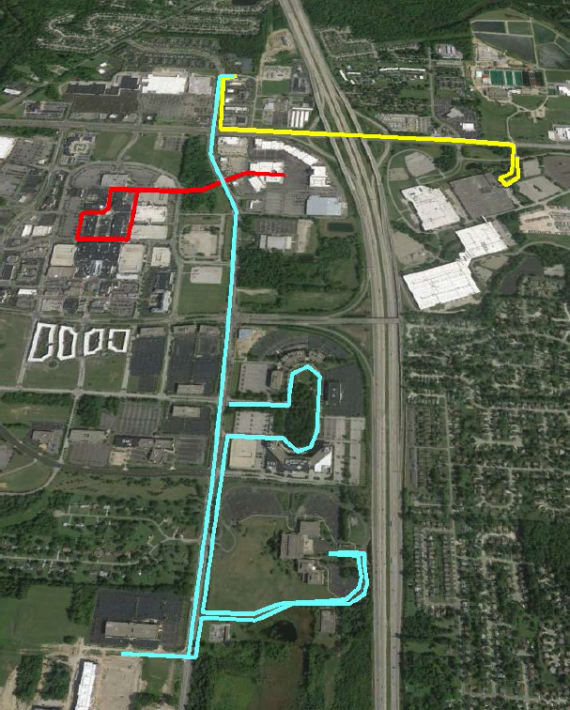 The results of the project demo at Easton Town Center will ultimately be used to quantify the potential benefit to society by documenting the number of people per day using the proposed low speed automated shuttle solution in the Easton Town Center area and in other parts of Columbus in a potential future full scale deployment.

“The benefit to society of this project will be the development of a generic unified and scalable architecture for low speed automated driving shuttles that will be shared with GCTC teams and other interested researchers,” the abstract explains.

The SmartShuttle project has already launched in a collaboration between five partnering cities, with more municipalities expected to join.

“We already have a fully-automated vehicle (2015 Ford Fusion Hybrid) and are working on the automation of our main vehicle platform for deployment,” Levent Guvenc said.

The main partners and contributors in the SmartShuttle project include the Ohio State Automated Driving Lab at CAR, Easton Town Center, the City of Columbus, Innova UEV (manufacturer of neighborhood electric vehicles to be used in the proof-of-concept deployment), as well as researchers in partner cities from Portland, Washington D.C., Boston, Greenville (SC) and Madison.