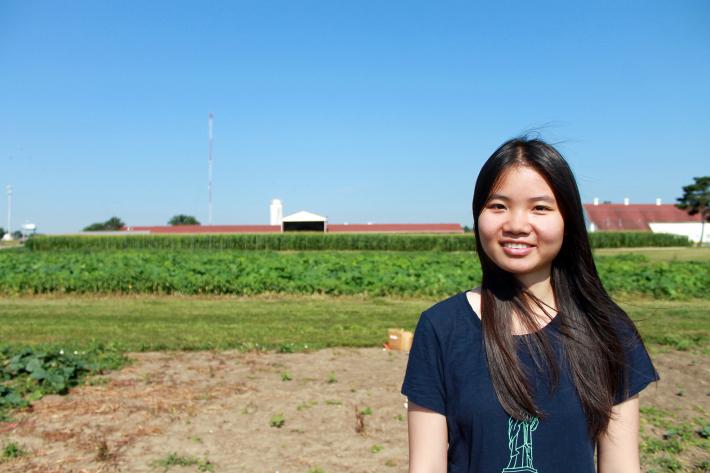 One day a farmer, cup of coffee in hand, may launch a small drone from his back porch to check on the condition of his crops using a simple smart phone app.

Students and faculty at The Ohio State University are already working in the labs, and sweating out in the fields, trying to make it a reality.

The research is all part of the “Crop Health Monitoring and Early Disease Detection in Food Crops” project, a multi-disciplinary effort at Ohio State that falls within the broader Food and Agricultural Transformation (InFACT) Discovery Themes program.

The Discovery Themes program at Ohio State was created to help advance critical societal needs in the realms of Energy and the Environment, Food Protection and Security, Health and Wellness and the Humanities and the Arts.

Doing their role in this effort, Ohio State Department of Electrical and Computer Engineering (ECE) Assistant Professors-Clinical Wladimiro Villarroel and Lisa Fiorentini, and their team of students are standing in an unlikely place for electrical engineers – a small farm at the Ohio State Waterman Agricultural and Natural Resources Laboratory. Meanwhile, Professor Jim Jasinski of the Ohio State Department of Extension Integrated Pest Management Program, is leading activities at the Ohio State Western Agricultural Research Station in South Charleston, Ohio.

With an unforgiving summer sun overhead, Villarroel points out signs of insect damage on the leaves of a pumpkin crop his team planted back in the spring. Around him, a group of electrical engineering students work to set up a multi-spectral camera for another round of crop images they typically conduct twice a week.

Point of clarification: Currently, the FAA does not allow unauthorized drone flights, so Ohio State ECE students improvised by attaching their multi-spectral camera to a 20-foot tripod for research on the main campus. One student is creating an algorithm to correct any camera misalignment. However, authorized drone flights are being conducted at the Ohio State Western Agricultural Research Station.

When it came to building up a research project of this scope, Villarroel said his initial concern was trying to get enough students to trade in their lab work for farm work. Oddly enough, he said, it wasn’t an issue. 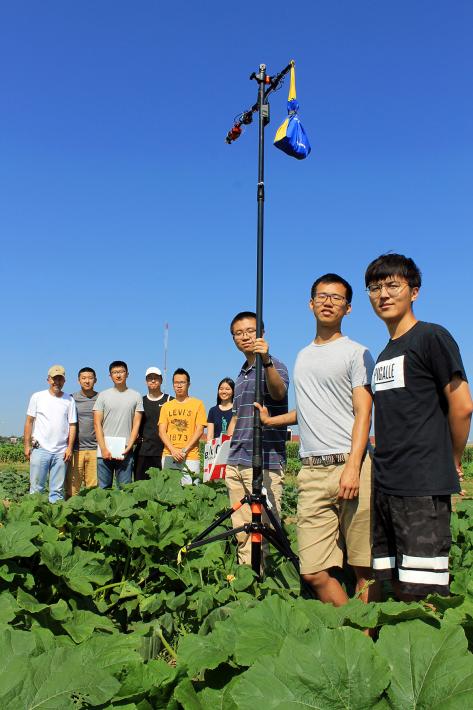 “This has been a very attractive project,” Villarroel said. “Although, initially we were a little bit skeptical about bringing electrical engineers – interested in robotics and signal processing, all of that – to the farm.”

Villarroel said he now has nine students participating in the project.

“The ultimate goal is to have drones, equipped with multi-spectral or hyper-spectral cameras, fly over a crop, which can indicate not only the presence but the development of the disease, all before you are able to see it visually,” he said.

Crops naturally reflect light and other invisible radiation, he said, which can fluctuate according to plant health. Drones equipped to measure that radiation can feasibly spot any development issues in real time, including nitrogen levels.

From there, Villarroel said, an app platform can someday provide a set of actions a farmer should follow to reverse that damage, based on recommended scientific guidelines.

He said catching issues early can result in a better overall crop yield, and more importantly, can prevent the possibility of disease contaminating the plants and neighboring fields.

The students involved said they see the value of the project for its potential positive impact on mankind.

“I come from Thailand,” ECE student Nan Visudchindaporn said. “The plant is very special for our economy. If we can develop (this technology) and find the correlation between the disease of the plant, it will be helpful not only to farmers but everyone.”

She is also glad to have the extra experience working and becoming friends with students from all over the world.

“Thai students are the minority in electrical engineering,” she said. “But I learn how to do teamwork skills. I learn how to communicate and know many different friends in different countries – like Chinese, Korean, American. Yeah, that’s good.”

Student Weitong “Alex” Liang was working with a group to move the camera poles without damaging the crops.

“I really love image processing,” Liang said. “This is a hands-on project and you can learn a lot. In the classroom, the teacher or professor, always tells you what you need to do, what you need to look for. But for this project, it is real."

“They see how a team project works," Villarroel said. "There have been some who show leadership traits. I mean, the stuff from the classroom – when you bring it to the real world – it can be completely different. There are many soft skills that have to be developed and this will let them mature in a more professional manner.” 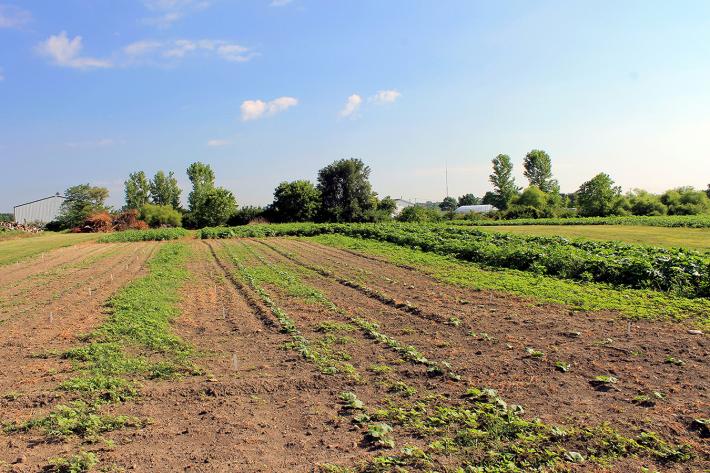 Ohio State is currently working on a multi-state consortium research proposal to help fund further development of this technology.

Representatives of the project also plan to give a presentation on their work Aug. 18 at the Pumpkin Field Day at the Western Agricultural Research Station in South Charleston, OH.