Manned missions to Mars (say that three times fast) are considered inevitable, some speculating within the next 15 years. NASA hopes to find solutions to any potential problems with these trips before heading out into the great unknown.

Crowdsourcing for answers, NASA reached out to the public in a call for scientists and engineers to help come up with solutions. The agency created a challenge to help solve one problem: How to protect astronauts in deep space. Read more to learn about the overall winner. 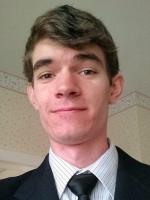 Out of 136 submissions, student Markus Novak tied for fourth place, earning $1,000 for his solution based on basic science. An Electrical Engineering Ph.D. student at The Ohio State University, he told the publication Fusion in this article that “cosmic radiation wasn’t something I had ever given much thought to before. But it ultimately boiled down to high school physics.”

Novak proposed a safe space for astronauts to travel through, lessening their exposure to Galactic Cosmic Rays:

“In a nutshell," Novack told the publication, "I had found some previous NASA research that used magnets to deflect the rays—but the thing is, cosmic rays are coming in with absurd amounts of energy… so it takes quite a lot of power to turn these things back. So instead, I developed a lens, which would alter the trajectory just enough to miss the spacecraft.”

Any other ECE students feeling ambitious? NASA has already announced the follow up to the challenge, now offering an award up to $30,000 for design ideas to protect the crew on long-duration space missions. The agency is accepting applications through June 29.

To participate in the challenge beginning April 29, visit:

For additional information about the galactic cosmic ray challenges, visit: