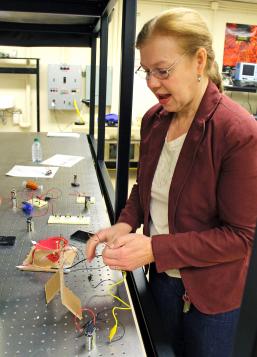 A subset of the Department of Electrical and Computer Engineering, Anderson's program is now a finalist in the 2015 University Outreach and Engagement Award - a distinction that carries with it Ohio State's nomination for the national C. Peter Magrath Community Engagement Scholarship Award.

The K-12 Engineering Outreach Program was selected by a review committee made up of faculty and community partners.

Standing in a classroom at the Marysville Early College High School before a scheduled presentation on April 8, Anderson estimated the program had reached approximately 83 schools and 10,000 students since it began in 2008. The event in Marysville that day was also filmed for a new promotional video.

"I’m thrilled about this award because I’ve seen the high caliber of previous recipients, so I know it is a big deal. I am honored to be put in their league. As for impact, the $3000 prize will buy a lot of magnets, LEDs and 3D glasses. We will be able to go to even more schools and camps and impact more students, and do more of the projects that students get to keep," she said.

The whole point of starting the K-12 Engineering Outreach classes, Anderson said, was to encourage more females and minorities to pursue careers in engineering. 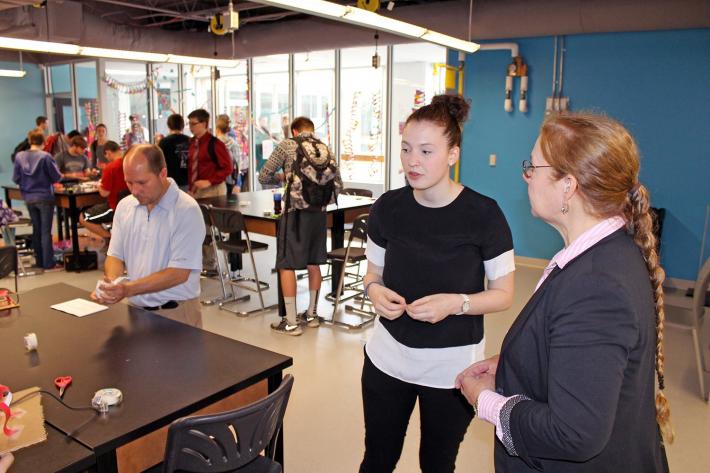 She has dedicated years to reaching out to schools, after-school camps and STEM clubs across Ohio. She and her student volunteers teach children how to build their own projects, including electric motors, CD spectrometers, heart monitors and paper speakers.

"I've done these projects thousands of times and I still have fun doing them. Working with the students is such a great experience because they are unpredictable; I’ve worked with thousands of them and they still surprise me," he said. "I owe everything to the people, particularly scientists and engineers, who took the time out of their lives to reach out to me when I was a kid and I want to pay it forward." 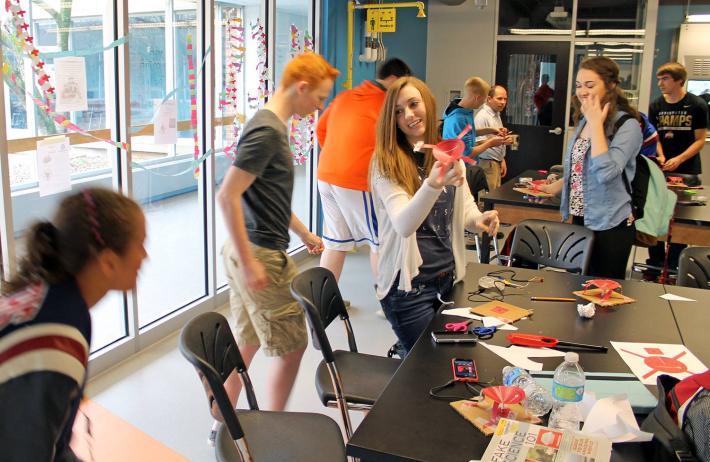 The University Outreach and Engagement Recognition Awards takes place Wednesday, May 6, from 10:30 a.m. to 11:30 a.m. in the Archie Griffin East Ballroom at the Ohio Union.