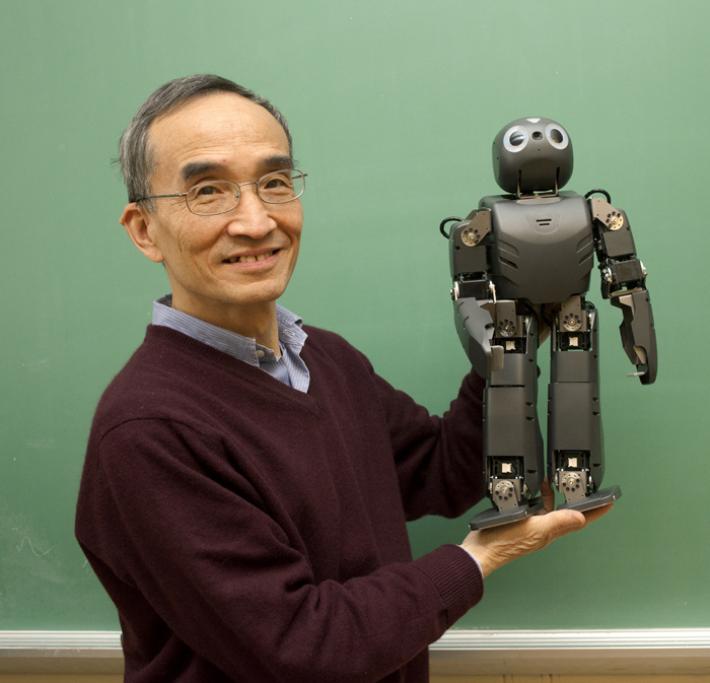 Yuan Zheng, professor of electrical and computer engineering, recently received a $50,000 grant from the Ohio Third Frontier Technology Validation and Start-Up Fund to design several prototype gear-reducers, which are engine components that increase the torque of a motor.

The grant is part of $2.11 million awarded by the Ohio Third Frontier Commission to help commercialize technologies and advance start-up companies.

Zheng created the circular wave drive (CWD), a compact and co-axial gear head that allows for speed reduction in rotational motions. Originally developed to replace the harmonic drive gear head used widely in the robotics industry, Zheng’s CWD eliminates the use of soft materials to increase the torque capacity and life span of the gear.

The invention could mean the formation of a new market of ultra-fast, high-precision steering and automation beyond robotic joints.

“It creates a structure to reach an enormous reduction ratio with a small size, while delivering high output torque,” Zheng said.

But the professor said knowing his design is applicable to real-world solutions makes him even more satisfied.

“It is extremely satisfying and fulfilling to see a research result of mine become potentially useful and marketable,” Zheng said. “While university researchers have produced numerous inventions, the latter being applicable to reality is the ultimate reward to our contributions.”

“This project strongly aligns with the goals of Ohio Third Frontier’s Technology Validation and Start-up Fund,” he said “It represents a solid approach to developing proof that the technology can be the foundation for a start-up company with a large addressable market opportunity.”

The Technology Validation and Start-Up Fund is tasked with bringing technology to commercialization from Ohio colleges, universities and nonprofit research institutions. Institutions receive funding to demonstrate that a technology is commercially viable through testing and prototyping.