Brother/sister Humanitarian Engineering duo give back to Colombia 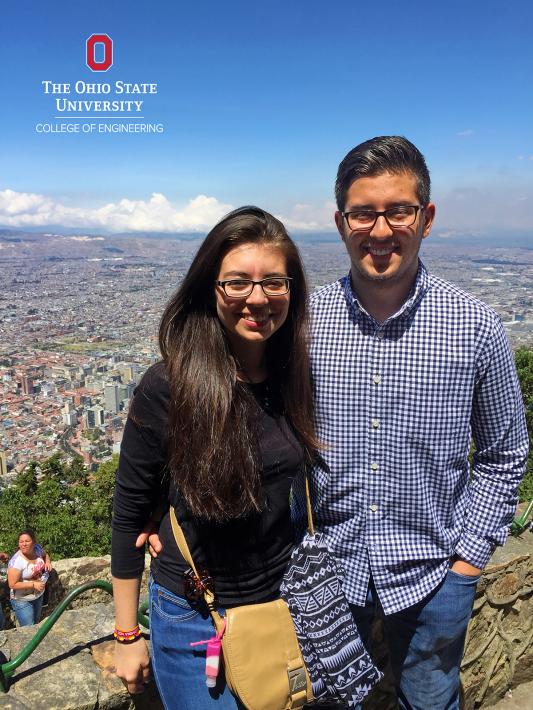 On Tuesday, Nicolas Fernandez was making quick work of a corn-on-a-stick in the streets of Monserrate. Meanwhile, his older sister, Estefania, tweeted, "We're having a blast!" 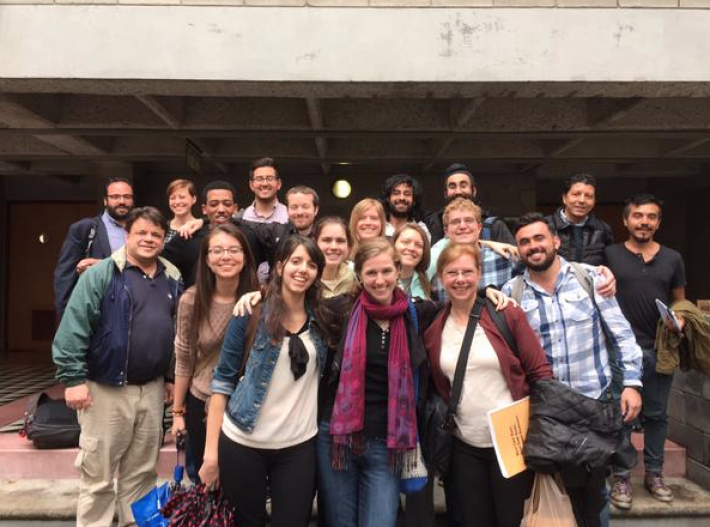 Both Electrical Engineering majors at Ohio State, the two grew up in Colombia and the family moved to the United States in 2011. They finished out their high school years living in Miami before choosing Ohio for college.

“I was looking at all the engineering programs and the one that attracted me the most was Ohio State, because of all the opportunities,” Nicolas said.

Those same opportunities came full circle as the siblings returned to Colombia; this time, as student engineering ambassadors.

The Ohio State Humanitarian Engineering group left March 14, flying from Columbus to Miami, then on to Bogota, the capital of Colombia. For the first time, undergraduates like Nicolas and Estefania were allowed to participate with the graduate-level engineers. The group visited Monserrate, a cathedral in the mountains that overlooks the city, then headed off to the Universidad de los Andes to begin working with professors from different schools on their chosen humanitarian engineering projects. Tuesday, they made the second leg of their journey to the city of Pasto, where they began teaching engineering skills to young students.

To satisfy program requirements, Humanitarian Engineering students must undergo at least one international community service trip. For Nicolas, however, one wasn’t enough. Last summer, he traveled to an orphanage for kids born with HIV/AIDS in Honduras, where he led a team in the construction of an aquaponics system – a food production technique that cultivates aquatic life, whose byproducts then serve as nutrients for the simultaneous cultivation of plants via hydroponics.

It’s not too much of a stretch to suggest aquaponics is a bit of a metaphor for the Fernandez family returning to Colombia – giving back to the community that created them.

“I was born and raised there. I know the impact these types of trips can have on communities that don’t have enough resources. That part of community service and giving back, for me, is really important,” Nicolas said.

Once arriving in Pasto, the engineers will teach young students about normal circuitry, voltage, current and resistors.

“Then they will actually be able to build their own LED flashlights. They will have a battery, a resistor and an LED. They get to tie everything together,” Nicolas said.

"Our main goal is to impact students by showing them that they can also become engineers one day or pursue a STEM degree," Estefania said. "That outreach is really important." 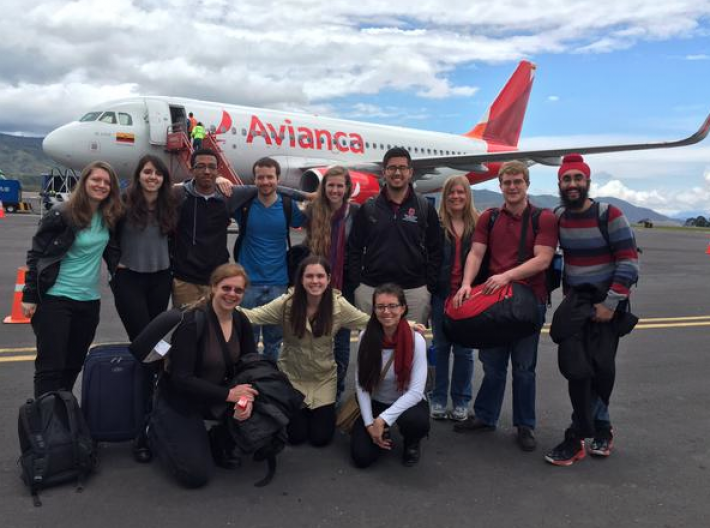 A funny story about choosing Ohio State to pursue engineering, Nicolas said, is that he picked it sight unseen. His first time on campus was during orientation week.

“I was like, ‘This school is huge!’ I didn’t even know about Ohio State football,” he laughed. “Now I’m all about the scarlet and gray.”

In Colombia, he said, kindergarteners stay in the same building, taking classes until high school. Children grow up together, forming strong bonds. He has since learned feeling at home in such a large university is all about creating your own bonds.

“You can meet different people every single day and you can also get this small community of friends you do work or go have lunch with,” Nicolas said.

Both stay involved in the Latino Student Association as well as the Ohio State IEEE engineering club.

"Everyone is learning spanish," Estefania said about her fellow engineers on the trip. "It's awesome!"

Humanitarian Engineering students return back from their outreach trip on Sunday. For more information about the program, visit: https://osuhe.engineering.osu.edu