@OhioStateECE professor goes back to school 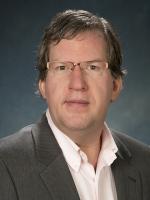 Dr. Paul Berger"Just trying to recruit the engineer of the future," ECE professor Dr. Paul Berger said, after a recent trip back home to Massachusetts in December.

On break from a conference meeting in Boston, Berger set aside a day to visit his childhood alma mater, the Phillips Academy prep school in Andover, speaking with students about careers and topics in engineering.

"I visited physics classes all day long, from 200 level to 650 level and then met the student body after dinner," Berger said.

The visit was even chronicled in the school's newspaper The Phillipian.

According to the newspaper, Berger spoke to the Physics and Robotics Club "about his latest work to develop fully-automated smart kitchens and phones that only need to be charged once a week."

Historically, Berger said, many innovative young minds came out of Phillips Academy, many finding ivy-league placement. The list includes such notable alumni as the man who invented Morse Code, actors Humphrey Bogart and Jack Lemmon; former USA presidents and their children, as well as Facebook co-founder Christopher Hughes. Berger spoke to the classes, encouraging students to consider careers in engineering.

“We need innovators. Engineering is really the driver ... We need young professionals to consider these disciplines," Berger told the newspaper.