Lake Atitlán, Guatemala, shown on the right, has Volcano Tolimán on the left, with Volcano Atitlán behind it, and Volcano San Pedro to the right. Panajachel, a town on the shores of Lake Atitlán, is the location of Mayan Families who we work with.  This photo was taken on the road from Panajachel to Sololá.

From June 13-20, 2015 an OSU group of 17 traveled to Panajachel Guatemala to work with Mayan families on five projects:

To build a partnership with Mayan Families and determine the quality of the match between Mayan Family's needs (as driven by the population they serve) and the OSU team's skills, a trip was taken from May 17 - May 24, 2014 (by Sydney Anderson, Randall Berkley, Mary Scherer, Aaron Treglia, and Kevin Passino). Along the way we evaluated partnering with several other NGOs.  The agenda for the trip was:

Guatemala has a population of about 15 million people (Ohio has 11.5 million) and is roughly the landmass of Ohio.

Spanish and 23 distinct Mayan languages are spoken in Guatemala.  In the Lake Atitlán area, Spanish and the two Mayan languages Kaqchikel and Quiché are spoken.  Kaqchikel is spoken by about 400,000 people and Quiché by about 1,000,000 people across regions of Guatemala. Not all people speak Spanish, and when talking among themselves the Mayans often speak their native tongue.

Guatemalan food is very good. Some of the food has some similarity to Mexican food, but most of the time it is completely different. Their popular sauces (e.g., pepián and jocon that are used in entrees) are not spicy, but if you want hot sauce you can request it. Below, some typical Guatemalan food is shown.

There are a number of religions in Guatemala.  There are quite a few Christians, especially Catholics.  The main Catholic church of San Francisco in Panajachel is shown below (the greenery and flowers leading to the entrance of the church were for a large ceremony where the Bishop led mass).

To learn more about Guatemala, see Wikipedia, or many other availble sites (e.g., ones by the Government of Guatemala). 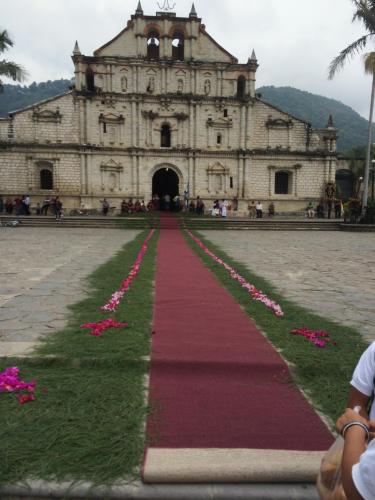 Mayan Families is a nongovernment organization (NGO) based in Panjachel Guatemala, which is on the shores of Lake Atitlán.  It is the largest NGO in the area and has a wide range of activities in education, health, income-generating (e.g., carpentry, computer education, sewing/embroidary education), and construction (for houses and schools).  To learn more about Mayan Families you should study their web site via the link above. 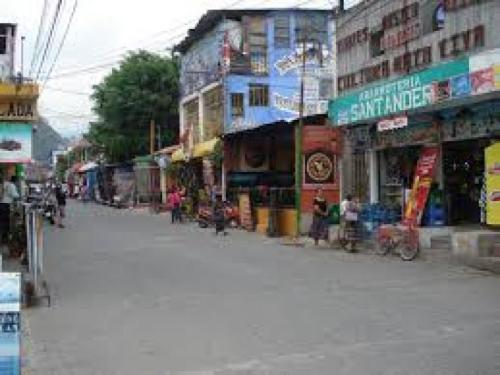